Movies have been a thriving industry for a little over a century now, and for most of this period romantic male leads were cut from a certain cloth. There were two categories, of course — studly, straight-arrow romantic leads (everyone from Cary Grant to Van Johnson to William Holden to Steve McQueen to Ben Stiller to Brenton Thwaites) to less studly, mostly pleasing but less-than-drop-dead sexy romantic male also-rans or “best friends” (i.e., Ralph Bellamy back in the ’30s, Wendell Corey in the ’50s).

Romantic male leads used to be guys whom (a) women can pleasurably imagine going to bed with and/or marrying, and (b) straight guys recognize as superior alpha males with excellent genes. But not so much lately.

What’s changed is not only the quality of the alphas but the romantic also-rans — i.e., the guys who never got the girl. Over the last decade or so the rise of cheap digital cinema and…whatever, the Sundance Film Festival aesthetic plus downswirling GenY-ish attitudes plus a couple of Judd Apatow-perpetrated scenarios have ushered in a politically correct notion that dweeby, dorky-looking guys or less-than-drop-dead-knockout girls (i.e., Lena Dunham being the standard-bearer) are just as acceptable in a romantic context as anyone else. 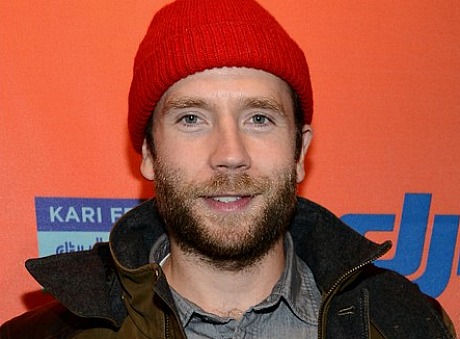 Put simply in a male context, guys who got the girl used to look like guys who got the girl…but no longer. Boiled down further, it’s become increasingly common these days for male romantic also-rans and even occasional romantic leads to fit the dreaded twee mold. The rule of twee means that any homely or marginal or bearded, overfed, gross-looking guy or girl can hook up with good-looking types and nobody bats an eyelash. Blubbery Seth Rogen married to and boinking Rose Byrne every which way in Neighbors…if you say so. Mark Duplass making sensitive-guy moves on Melissa McCarthy in Tammy…really? Anne Hathaway being sufficiently taken with Rafe Spall to move in with him in One Day…remarkable.

In my mind nothing illustrates this all-but-certified attitude more than the fact that Mark Webber, by any measure a dorky, balding, narrow-shouldered, knit-cap-wearing, carrot-haired, sensitive-dweeb beardo type who wouldn’t have been allowed with 100 feet of any hot leading lady during the ’70s or ’80s or even the ’90s, was cast as a romantic-lead opposite Anna Kendrick in Joe Swanberg‘s Happy Christmas and then as Keira Knightley‘s earnest-but-clueless fiance in Laggies.

During Happy Christmas I couldn’t stop saying to myself, “Why does Kendrick find this guy remotely attractive or even acceptable as going-out-to-dinner-with material? What am I missing? If I was a girl or a gay guy I wouldn’t even look at Webber at a party.” During Laggies, one of the best girl-friendly romcoms I’ve seen in ages, I was muttering to myself, “Knightley is ambivalent about marrying Webber…okay, I get that…but how did she come to accept his proposal in the first place? He’s not even close to being in her league. This is the second vaguely off-putting relationship she’s been in lately after her relationship with the yukky Adam Levine in Begin Again. What’s her problem?”

Remember Rhys Ifans‘ character in Notting Hill (’99)? You know…Hugh Grant‘s creepy-spazzy neighbor? Ifans and Mark Webber are a lot more similar than dissimilar. Fifteen years ago Ifans was the perfect icky guy but in today’s twee realm he could almost be the romantic lead (or at least the appealing fall-back guy who treats the lady with kindness). This is how things are changing, what the twee aesthetic is doing to our culture.

If the twee-male scourge had manifested in the 1930s, Donald Meek, Allan Joslyn and Sterling Holloway would have gotten the girl.

Webber is an appealing, presumably well-liked guy and obviously a happening actor in the indie realm, as well as a director-writer of two indie-type films, Explicit Ills (a 2008 SXSW entry) and The End of Love (which played at Sundance in 2012). I’m sure Webber is cool to sit down with and I realize he’s married to the pulse-quickening Teresa Palmer, an Australian actress who is totally not twee-level. I’ve read they live in the Beachwood Canyon area with a son and I’m presuming….well, I hope things are fairly serene with the guy. I’m just saying that when I’m sitting in a plex with my small popcorn or watching a film on my Macbook Air, I do not want to see Webber fuck the girl in Act Three…please! I am not him unless I’m having a nightmare and he’s definitely not me. 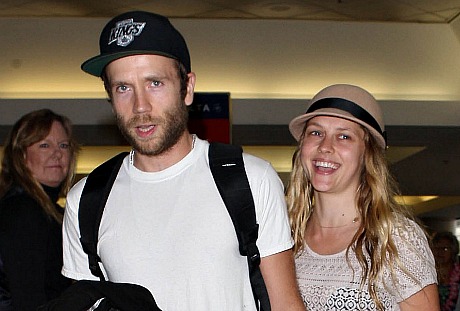