“Honor is a private matter within, and each man has his own version of it,” Thomas Becket said to Henry II in Jean Anouilh‘s classic drama. In a town mostly built upon expediency, exploitation and fast footwork, you might cynically suppose that the words “Hollywood” and “honor” are incongruous and best not mentioned in the same breath. But reactions to North Korea’s successful bullying of Sony Pictures Entertainment indicate that the industry’s best and the brightest are not only appalled and angry but tangentially ashamed of the cowardice shown by Sony management and exhibitors. This morning Variety reported that the cyber-terrorists behind the SPE attack congratulated Sony execs for the “very wise” decision to not release the The Interview in any format. The hackers emphasized that “we want you [to] never let the movie [be] released, distributed or leaked in any form of, for instance, DVD or piracy.” Who are they to give us orders? The honor of Hollywood has been bruised, wounded. How to restore it? 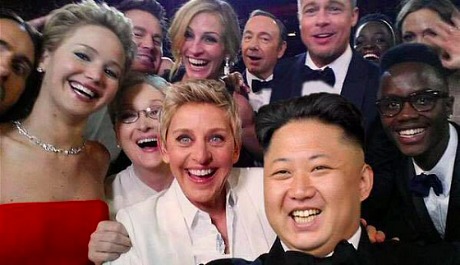 December 19, 2014by Jeffrey Wells8 Comments
« Previous post
Rogen Did It?
Next post »
All You Need Is Sand