The Monsters Own Every House on Maple Street

From “The Birdcage,” Mark Harris‘s 12.16 Grantland piece about the all-but-total domination of Hollywood by comic-book franchise geek superhero mythology: “Over the 25 years that followed Star Wars, franchises went from being a part of the business to a big part of the business. Big, but not defining: Even as late as 1999, for instance, only four of the year’s 35 top grossers were sequels. 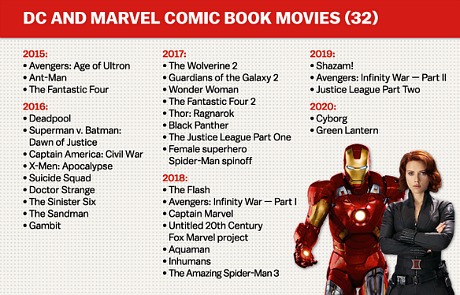 “Almost everything else that comes out of Hollywood is either an accident, a penance (people who run the studios do like to have a reason to go to the Oscars), a modestly budgeted bone thrown to an audience perceived as niche (black people, women, adults), an appeasement (movie stars are still important and they must occasionally be placated with something interesting to do so they’ll be cooperative about doing the big stuff), or a necessity (sometimes, unfortunately, it is required that a studio take a chance on something new in order to initiate a franchise).

“A successful franchise is no longer used to finance the rest of a studio’s lineup; a studio’s lineup is brands and franchises, and that’s it. Disney, of all the big companies, is the closest to approaching the absolute zero of this ideal — its movies are virtually all branded, whether Lucasfilm, Pixar, Marvel, or Walt Disney Studios — and anyone who doesn’t imagine that other studio CFOs are gazing at that model in envy and wonder is delusional. Disney is a kingdom of subkingdoms. Nothing minor or modest need apply.” 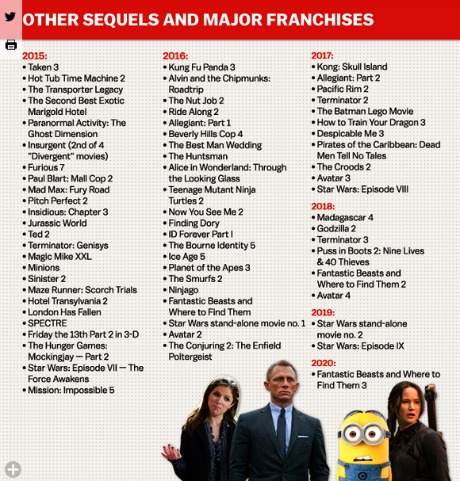