Hollywood Elsewhere departs for the 2015 Sundance Film Festival (1.22 thru 2.1) this coming Wednesday, or a day early. I like to get all set up and settled in before it begins. Here, in any event, is a boilerplate rundown of the films everyone else is talking about. I’ve just average, common too — I’m just like him and the same as you. If there’s something I should add to this list of 25, please advise. I never seem to fit in more than 25 films over my usual eight-day period (I return around noon on Friday, 1.30). I’m posting these films roughly in order of personal interest: 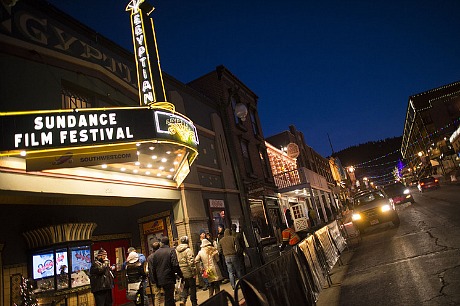 Last Days in the Desert (dir: Rodrigo García — cast: Ewan McGregor) — Yeshua, plumbing the depths of his soul in the Judean desert, runs into a mirror-image Stan. Shot by the legendary Emmanuel Lubezki (Birdman, Gravity, Children of Men).

A Walk in the Woods (d: Ken Kwapis, cast: Robert Redford, Nick Nolte, Emma Thompson) — All opening-gala films need to be regarded with caution. (No prejudice — just speaking from experience.) Based on travel writer Bill Bryson‘s true-life account, it’s about sturn und drang as three friends hump it along the 2,100-mile Appalachian Trail.

True Story (d: Rupert Goold, cast: Jonah Hill, James Franco) — Based on real-life tale about a imprisoned killer (Franco) attempting to steal the identity of a discredited New York Times reporter (Hill). There’s something about this film that feels subdued. Can’t put my finger on it.

Mistress America (d: Noah Baumbach, cast: Greta Gerwig, Lola Kirke). Manhattan relationship shake about a college freshman (Kirke) hanging and galavanting about with her soon-to-be stepsister (Gerwig). Formerly known as “Untitled Public School Film” something or other; been in the can forever.

Kurt Cobain: Montage of Heck (d: Brett Morgen) — Authorized doc on late Kurt Cobain from his early days in to his success with Nirvana and the downfall from smack. Featuring Cobain, Courtney Love, Dave Grohl.

Taylor Swift‘s “Shake It Off” is a vapid, puerile pop tune. Not catchy…nothing. Sometimes even songs you detest have little hooks that get you and so you find yourself half-liking them…not this time. The idea of a bald beefy cop singing along to it, much less playing it while driving, is the worst thing to happen to the image of law enforcement since the NYPD work stoppage and before that the Eric Garner incident.

I don’t see what’s so bad about the reaction of Force Majeure director Ruben Ostlund when he learns his film hasn’t been nominated for the Best Foreign Language Feature Oscar. Are you going to tell me you wouldn’t register some kind of vocal disappointment if your film got the hook? Ostlund’s first reaction is to hug his producer, Erik Hemmendorff, and then let go with a kind of resigned and bitter cackle…what’s so bad about that? Okay, he loses it somewhat later on, but I’ll bet every losing contender reacts this way.

No Comments
Much Better Than First Promo

On the other hand is there any awards show or annual telecast for which the phrase “anything can happen” is less applicable than the Oscars?

You can dispute or dismiss this, but a guy I was speaking to this morning feels that in liberal Hollywood’s politically correct realm and more precisely in creative filmmaking circles of 2015, older white guys are getting the shit end of the stick in more ways than one. In one sense this is an old lament and yet to some, I’m sure, this probably sounds outrageous. I know that right now some readers are saying “what?” The Oscar nominations just demonstrated to many in this town that the old farts of the Academy don’t get it, and that they didn’t give Selma its due because they felt they did “the black thing” last year with 12 Years A Slave, and you’re saying that 50-and-over white guys are being…what, discriminated against? Your friend actually thinks that?

Yes, that’s the viewpoint. For the last 90 years, I mean. With the exception of the usual heavy-hitters and pantheon types, older directors and especially writers have always been treated this way — over, past their prime, spent. Older creative guys do tend to lose the spark — let’s be frank. Look at Blackhat, for God’s sake. But there’s something else going on now, and it’s almost on the level of that famous “aha!” that Tom Wolfe stumbled upon when he began roughing out “The Painted Word” and realized that modern art had become “completely literary” and that it only existed only to illustrate the text (or more specifically this or that conceptual theory).

What’s going on today in Hollywood is starting to become somewhat similar, for in the award-season realm it’s not just the film but who has made it — the combination of the two is what travels. Because (and I’m not saying this is an absolute law but it’s becoming more and more of an occurence) if the film is right but the filmmaker is wrong, you might be nudged out of the game. Or you might not even be considered in the first place. Or even get the film made.

Variety‘s Brent Lang is reporting that Clint Eastwood‘s American Sniper will have earned an astonishing $90.2 million by late tonight, and that it’ll most likely pull down $105 million by tomorrow night, or by the conclusion of the four-day Martin Luther King weekend. “The movie has become a cultural phenomenon,” said WB distribution topper Dan Fellman. “It tore apart the record book and not by a little. By an enormous amount.” On the other hand a Twitter guy named veryfewguys said, “Of course it’s crushing the box office…it’s The Hurt Locker dumbed down for the Call of Duty/Halo nation.”

This morning the know-it-all bloggy bloggies kicked around the notion of American Sniper suddenly being the new big gorilla in the Best Picture race, especially after it crosses $200 million. “So I just had a crazy thought,” one said. “Considering that Argo won Best Picture without Ben Affleck winning a Best Director nom…”

“Feels to me like all bets are off,” said Voice #2. “Not predicting Sniper but the combination of the box-office and Clint’s age and the really soggy Best Picture slate in terms of studio fare…it feels like a threat to me. Don’t think SAG matters much. Though we always say that and it always does!”

Voice #3: “Boyhood, Budapest and Birdman will still win a lot.”

Voice #1: “I’m just saying it looks like Sniper could take the most Oscars in the end …Linklater should take the DGA but if Clint takes it…”