I’m basically a motorcycle/scooter rider anyway so I’m easily down with buying a three-wheeled, Sting Ray-sized Elio for only $7 grand and change. It’s basically a motorcycle with a hefty engine and many of the comforts of a car (two seats, heat and air conditioning, protection from rain, iPad/GPS screen, radio with auxiliary input), and a relatively light (1200 pounds), energy-efficient thing that security-minded women will avoid like the plague. (Celebrities and young mothers are the main reason why there are so many SUVs on the road — both groups are convinced that big fat tanks are safer, and that the sensation of “safety” they bring is more important than the environment.) If I join the 38,000 who’ve already taken the plunge I’ll have a new black Elio in my garage by late ’15, or so they’re saying. Sales will slow down after somebody gets killed in a freeway accident but until then it’ll be smooth sailing. I’m no more afraid of an accident in an Elio than I am of getting into an accident on the Yamaha. It’s simply a matter of identifying the idiots, drunks, 80something slowpokes and road-ragers before they can hurt me. On top of which I rarely drive on freeways, which is where the bad stuff usually happens. I’m serious — I’m buying one of these things. 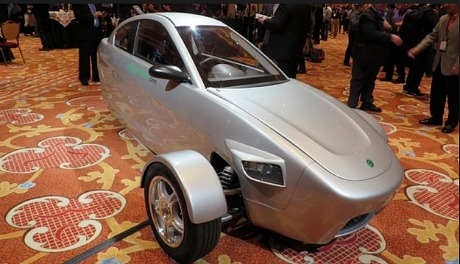 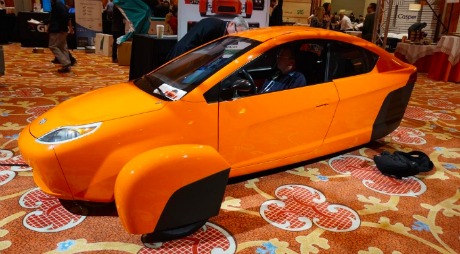 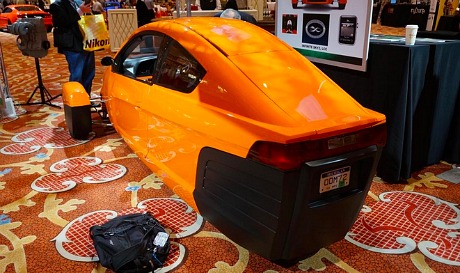 January 12, 2015by Jeffrey Wells15 Comments
« Previous post
The More You Hear, The More Award-Worthy It Is
Next post »
Underwood in White House