I said it last September and I’m saying it again: Paul Dano‘s performance as the youngish Brian Wilson in Bill Pohlad‘s Love and Mercy (Roadside, 6.5) is almost spookily great. I’m telling you straight and true this is 2015’s first must-nominate performance. “Wilson’s disturbed spirit hums and throbs in the 30 year-old Dano, who looks like he gained 35 or 40 pounds to play the genius Beach Boy maestro in his mid ’60s blimp period,” I wrote on 9.8.14. “You can really feel the vibrations and sense the genius-level ferment and the off-balance emotionality. Inwardly and outwardly it’s a stunning, drop-dead transformation and the finest performance of Dano’s career, hands down.

“Not to mention John Cusack also as the 40ish Wilson in the same film, which shifts back and forth between the mid to late ’60s (i.e., the recording of Pet Sounds and Smile) and the mid to late ’80s (i.e., “the Landy years”). For the last few years Cusack has been on a downturn, playing ghouls and creeps and psycho killers…my heart aches for the guy. True, he’s had two good roles over the last couple of years — Richard Nixon in The Butler and the husband-masseuse in David Cronenberg‘s Maps to the Stars — but this is a revelation. Cusack plays a gentle but very solemn and intimidated Wilson during the period in which he was under the firm hand of the disreputable Eugene Landy, who died in 2006. Cusack is child-like and Gentle Ben-ish, and as convincing and fully submitted to his task as Dano is to his. For the first time in my moviegoing life I wasn’t bothered by two actors playing the same character — quite a landmark.

It’s been reported that later this year Richard Linklater will direct an adaptation of Maria Semple‘s “Where’d You Go, Bernadette?,” with Annapurna’s Megan Ellison producing with Nina Jacobson and Brad Simpson. Semple’s book, which has been adapted by Scott Neustadter and Michael H. Weber (500 Days of Summer, The Fault in Our Stars), is about an outspoken architect mom who disappears and an attempt by her 15-year old daughter to find her. My first reaction to this summary and to the book’s Amazon page was that this premise doesn’t seem very interesting or engaging. Why should I care about a intelligent mom with passion and responsibilities who takes a powder? If there’s one thing I don’t want to pay to see it’s the story of a hider or a quitter. (It’s a different story if the hider/quitter is childless, and if the hiding/quitting is presented in a take-it-or-leave-it, existentially cool way, as Mike Figgis did with Leaving Las Vegas.) I don’t know anything but my instinct is that Linklater’s film, presuming it gets made, is going to tank commercially (it’ll play mainly to older upmarket urban women) and be met mostly with indifference by guys like me. I’m sorry but that’s my first reaction. The situation could change, of course, but right now this almost sounds awful. On top of which it would be the second Linklater film title to use a proper name that starts with the letters “B-E-R-N.” 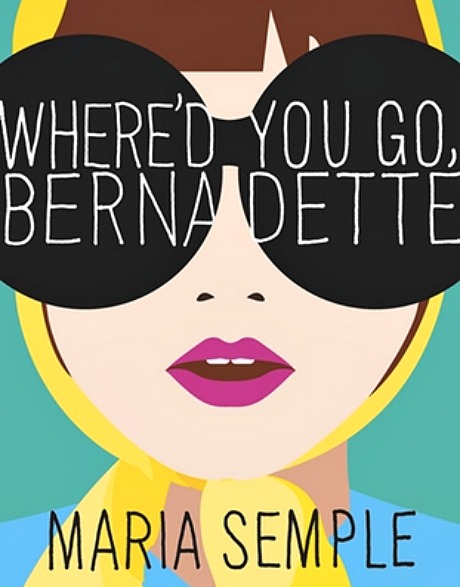 I’ve been through this. You always get right up and continue like it’s nothing, but two or three hours later you start to bruise and feel stiff. 12 years ago Jett and I were barreling along on a scooter on a summer evening in Paris. He was driving. We were approaching Place Bastille when I mistakenly yelled out that we’d gone through a yellow light, which meant nothing. But Jett got riled and slammed on the brakes, and the bike went down and I with it. I got right up and wheeled the bike off to the side of the boulevard. I felt a little sore right away but the serious stiffness kicked in three or four hours later. The next morning my left thigh was colored green and grey and I was hobbling pretty badly.

When I was 12 or 13 I had no tolerance for math and was flunking algebra, and so my parents sent me to a math tutor, an old guy who really smelled old and occasionally acted old. Which is to say he was rigid, autocratic and even scolding from time to time. He made me write down algebraic equations until they came out of my ears, and these late-afternoon sessions were so painful that, unfair as it sounds, I gradually came to hate the tutor as much as the math. When the sessions finally ended after a few weeks I put them in a little box and the box in a drawer, and after a decade or so I’d completely forgotten about the whole mathematical agony of it all. Algebra, trigonometry and calculus were torture, and I never once used any of my arduous math lessons in any kind of practical way. If I need to add, subtract, divide or multiply I use my iPhone calculator. The people who made me study math all those years in high school were sadists.

In any event yesterday I saw Ethan Hawke‘s Seymour, An Introduction, a documentary portrait of retired classical pianist and present-tense teacher Seymour Bernstein, who’s now 87. God help me but I almost hated it. Not because it’s badly made or uninteresting, though I wouldn’t exactly call it riveting. It’s because the more I watched Hawke’s film, the less I was able to handle Bernstein the man.

I admire Bernstein’s passion and skill and delicacy as he instructs and plays — don’t get me wrong. And I marvelled at various pearl-like insights that he passes along. He explains that the order of music reflects the order of the cosmos…love it…and that “most people don’t tap the God within” and that his most profound joy as a teacher comes when “I pour it into you,” as he says to a longtime student. Awesome. But Bernstein’s persistent and gently domineering manner reminded me of my math tutor from 7th grade, and I’m sorry but as loving and impassioned as Hawke’s film is it mainly re-ignited my rage. I started to clench up early on. Bernstein is so needling and exacting, so interruptive and particular. It made me nervous just watching him put a female student through the wringer. If I was one of Bernstein’s piano students I would go absolutely nuts. I would get up and say “thank you for your time, Mr. Bernstein” and walk out and never return.

You’ve got your lean cuisine and fatty, high-calorie meals, some nutritional and some less so, and then your salads and fruits and fine desserts, and finally the icing and sugar fizz and whipped cream. Glenn Ficarra and John Requa‘s Focus, a superficially alluring but dismissable February programmer about a couple of con artist thieves (Will Smith, Margot Robbie) with a marginal interest in sex when the greed impulse ebbs, is almost all sugar fizz. The lady I saw it with last night gave it a 4 out of 10 but at the same time insisted she had an okay time. There’s a place in the world, she believes, for gliding emptiness and sexy time-wasting.

I’ll tell you what there’s no place for, not in my head at least, and that’s a climactic scene in which…nope, not going there. But I almost did out of spite. I can at least tell you that the Focus finale (i.e. the last 15 minutes) delivers the exact opposite feeling you had when you experienced the finale of The Sting for the first time. Everyone in the theatre was silently going “They’re kidding, right? This is how they’re ending it?”

The game behind all con-artist movies is, of course, to try and fake the audience out, which is naturally difficult with everyone constantly looking for the card trick. And so you have to resort to extreme if not absurd bait-and-switch tactics that defy belief. The audience naturally assumes that Smith and Robbie are constantly lying or conning or hiding some key piece of information and that Ficarra and Rerqua are doing the same thing so nobody trusts anyone or anything. So why am I watching this damn thing?

Focus is basically selling two ideas. One, the life of a professional thief can be cool and smoothly attractive if that life is happening within the realm of phony Hollywood escapism, which of course isn’t serious escapism if the director-writers insist on reminding you how fake and fraudulent it is, which this film does in spades. And two, the relatively recent premise that U.S. moviegoers will pay to immerse themselves in this kind of emptiness if it’s a January, February or March release. They know Hollywood always saves the costliest escapism for the summer and the quality stuff for the fall and holiday periods, etc.

To me Focus is mainly an advertisement for wealth-porn lifestyles. Which is more or less what Fifty Shades of Grey was. The wealth-porn aesthetic is an atmospheric, quarter-inch-deep mood drug that has become the end-all and be-all among the clueless classes when they go on vacations and stay in Cancun or Vegas or wherever. Easily impressed, marginally educated, Taylor Swift-worshipping peons, I mean, who seem to want nothing more than to immerse themselves in faux-opulence to the exclusion of all other experiences and environments, and who wouldn’t know old-world class or gentility or a moment of quiet spiritual serenity if it snuck up and bit them in the ass.

The wealth-porn aesthetic is spreading like a virus across much of the culture these days. It has all but engulfed the travel industry. (When they travel to Mexico or the Greek islands or Phuket, faux-sophsticates want nothing more than to stay in the exact same kind of upscale McDonalds five-star hotels.) And it’s certainly defining cheap-gloss glamour rides like Focus. Somebody tell Dooley Wilson — the fundamental things no longer apply.

There are three main locations in Focus — New York, New Orleans and Buenos Aires. And they all feel pretty much the same. Okay, you’ll notice some atmospheric touches in the South American sections (Spanish-language store signs, a low-rent bar with an ancient TV showing a sports event) but it’s all about living flush and flash.

It’s also about the fact that I can’t relax with Will Smith. He’s such a con-artist actor in the first place, such a slick salesman. He walks into a room and right away my guard goes up. No way I’m suspending my disbelief. I started giving up on the guy after he made Independence Day. The last time I was half-engaged was when he costarred in Enemy of the State. And I have to say that Margot Robbie’s Wolf of Wall Street allure is fading after this and Z for Zachariah. I’m starting to realize that she doesn’t have a lot of moves.

The Hollywood Reporter‘s Todd McCarthy has written that Focus “is no Trouble in Paradise, House of Games or The Grifters.” It’s also no Pickpocket but the trailers have been assuring us of that for weeks now. I’m recalling how much fun I got from David Mamet‘s Games, and at the same time gulping at the fact that it opened over 27 years ago.

The technical adviser on Focus is Apollo Robbins, a security expert and former criminal who claims to have picked the pockets of more than 250,000 victims. There’s no way anyone’s ever going to get my wallet or iPhone, I tell myself. Or maybe I’ve just been lucky. I know that my wallet and phone are always snugly tucked inside my breast pockets or, better yet, in a tight front-breast pocket. I’m extra-watchful and guarded whenever I’m in a dense crowd. If someone comes near me I duck away or elbow them aside or whatever.