I wasn’t expecting Birdman to win the Best Feature Spirit Award. Very few were. The presumption was that the Spirits would probably embrace Boyhood, the ultimate indie-cred film of the year, especially after handing their Best Director Award to Richard Linklater at the midway point. But Birdman took the prize instead, and Michael Keaton won for Best Lead Male and Emmanuel Lubezki for Best Cinematography. The other big thunderclap of the day (unrelated to film) happened when Inherent Vice director Paul Thomas Anderson advised the audience not to fly American Airlines because “they will fucking lose your luggage…it happened to me.” [See video clip.] Why wasn’t Linklater in attendance? I heard he’s got a grudge against the Spirits, but no particulars beyond that. I did my usual “taking video while lying on my back” routine during the brief Birdman press conference that followed the Big Win. Birdman clearly has the heat, and yet I talked to four or five people today who believe a surprise could be in the offing. 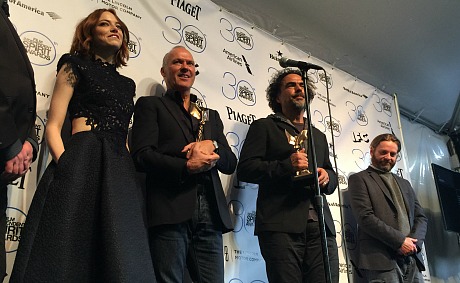 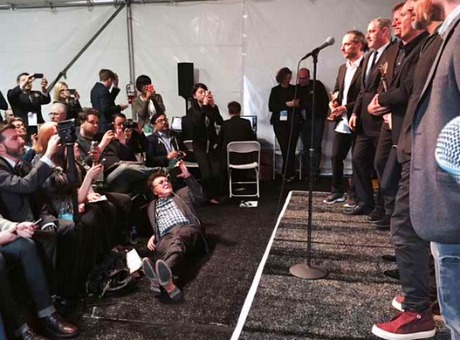 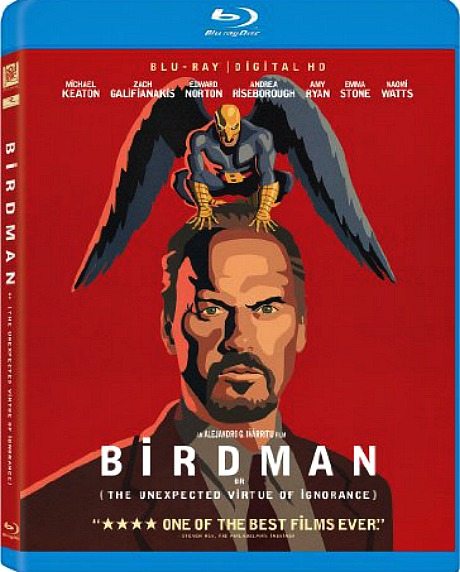 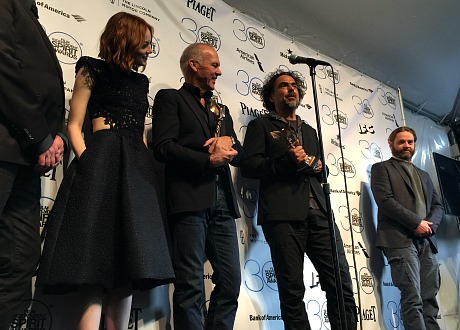