I’ve made no secret of my admiration for Rory Kennedy‘s Last Days in Vietnam, which I first saw last June at L.A. FilmFest. It is, I feel, her best film ever and one of the two finest competing for the Best Feature-Length Documentary Oscar, the other being Laura Poitras‘s Citizenfour. Kennedy and I spoke this afternoon for about 17 minutes. She’s been making docs for 16 years, but I didn’t really pay attention until Ghosts of Abu Ghraib (’07), which pretty much everyone admired, and particularly the emotionally affecting Ethel, which I saw at the 2012 Sundance Film Festival and later aired on HBO on 10.18.12. Last Days in Vietnam has made a big impression because of its humanity. It’s a doc about Americans who showed compassion and decency and stuck their neck out for their Vietnamese friends during the final days of the Vietnam War. I’ve told Kennedy before that it’s a shame Last Days will probably never be seen in Vietnam due to presumed objections over political content. The Hanoi government would probably argue with Kennedy’s portrayal of the victorious North Vietnamese forces looking to settle scores with thousands of South Vietnamese who threw in their lot with American forces, which of course they did. (Tens of thousands were murdered or otherwise taken to task.) Kennedy’s film doesn’t lie but her main thrust is not political or tactical criticism but an honoring of loyalty and humane instincts and taking care of your own. Nobody’s angry about the war over there any more. I visited Vietnam in 2012 and ’13, and my sense was that the citizens have moved on and are living in the present. The young guys I met in Hanoi, Hue and Hoi An were all into iPhones and iPads and making money and getting ahead as best they could. I think they’d understand and admire Kennedy’s doc if they had a chance to see it. Again, the mp3. 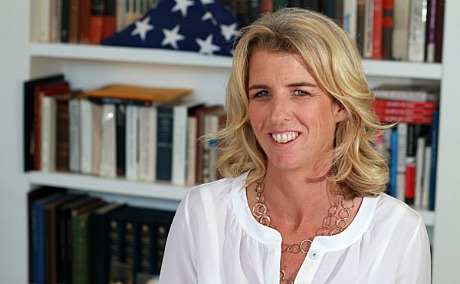 February 13, 2015by Jeffrey Wells6 Comments
« Previous post
“Hold Your Nose and Get Used To It”
Next post »
Russell Doesn’t Approve, Obviously, But I Can’t Resist