The 2014/15 Oscar season will experience a crashing finale seven days from now, and the Spirit Awards will happen the day before. (I’m picking up my Spirit press pass and ticket tomorrow.) Only two major Oscar caregories are generating suspense: Birdman vs. Boyhood for Best Picture and Alejandro G. Inarritu vs. Richard Linklater for Best Director. Except for the crazy BAFTAs all signs point to Birdman and Inarritu prevailing, but the Oscar blogoscenti keep insisting that the Academy membership is too hazy-minded to predict and that Boyhood and Linklater might pull off a surprise. Maybe. Both are striking first-rate achievements, and if the tide goes against Birdman…well, okay. The Godz won’t be happy but it won’t be a tragedy. 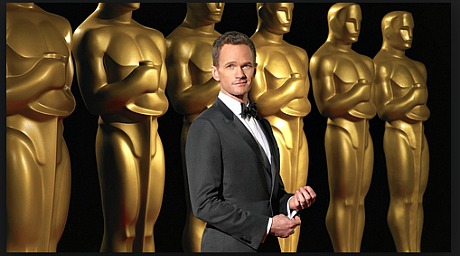 I can only imagine the elation that will spread across the land when Julianne Moore takes the Best Actress Oscar for a performance that everyone respects in a tedious film that almost everyone has either ignored or not even seen. Ditto when Eddie Redmayne prevails as Best Actor (I’ve pretty much given up on my Michael Keaton dream…an up-and-down career, world-class chops and a great Oscar narrative doesn’t count when you’re up against a cute British puppy dog). Double ditto when J.K. Simmons wins for Best Supporting Actor and Patricia Arquette takes it for Best Supporting Actress. And it’ll be cool when the authors of The Grand Budapest Hotel and The Imitation Game or Whiplash win the Best Original and Best Adapted Screenplay Oscars.

I’ll be watching with the usual bells on, of course, but I suspect I’ll be feeling bored much of the time and that I might have a problem or two with Neil Patrick Harris. But maybe not. Bring on 2015, which is looking like a hell of a year.

Best Picture: Should win/ought to win/favored by MovieGodz — Birdman; would win if American ticket-buyers had anything to say about it — American Sniper.

Best Actor: Will probably win — Eddie Redmayne in The Theory of Everything. Should win/ought to win/favored by MovieGodz — Michael Keaton in Birdman.

Best Supporting Actor: Will win without a doubt — J.K. Simmons in Whiplash. HE preference because his performance made me laugh so hard and nod in endless recognition, having known my share of egoistic Type A types — Edward Norton in Birdman.

Best Cinematography: How can Emmanuel Lubezki not win for Birdman?; HE runner-up preference — Ida, shot by Lukasz Zal and Ryszard Lenczewski.

Best Animated Feature: Will probably win — How to Train Your Dragon 2, Dean DeBlois, Bonnie Arnold. But I hate animation.

Best Original Score: The Theory of Everything, Jóhann Jóhannsson.

Best Sound Editing: Nobody knows what really distinguishes good from indifferent or poor sound editing, but they know it when (a) the sound makes the dialogue hard to discern (i..e., Interstellar) and (b) the sound of bullets seems real and immediate. Likeliest winner due to box-office popularity — American Sniper, Alan Robert Murray, Bub Asman.

February 15, 2015by Jeffrey Wells37 Comments
« Previous post
French-Born Hollywood Smoothie
Next post »
Am I Allowed To Say This? Without Getting Beaten Up, I Mean?