Last night I saw Kingsman: The Secret Service (20th Century Fox, 2.13), an absurd, CG-diseased, terminally unfunny James Bond spoof cartoon. Director Matthew Vaughn (X-Men: First Class, Layer Cake) has given this film all the stylish wit and macho gravitas of a candy cane, and if you pay to see this thing and say it’s “really fun” and that you had a nice brainless good time then there is really something wrong with you. But the film is not the topic right now — it’s the hairpiece worn by Colin Firth. I’ve been told by studio reps that Firth doesn’t wear one as secret agent Harry Hart but…c’mon, guys, it’s quite obvious that he does. Off-screen Firth has never had a hair-loss issue so there’s no “reason” for the rug but nonetheless…there it is! Then it hit me. Vaughn, I’m guessing, told Firth to wear the hairpiece as an homage to Sean Connery‘s 007 hairpieces that were worn in Goldfinger, Thunderball and beyond. The film is a spoof of those years and that legend, of course. Why anyone decided that making a 007 spoof 53 years after the debut of Dr. No was a good idea is beyond my reasoning abilities, but that’s what Kingsman is. 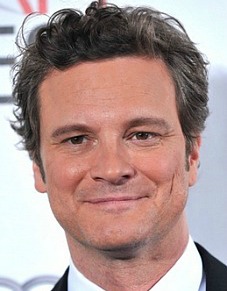 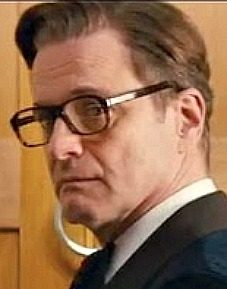 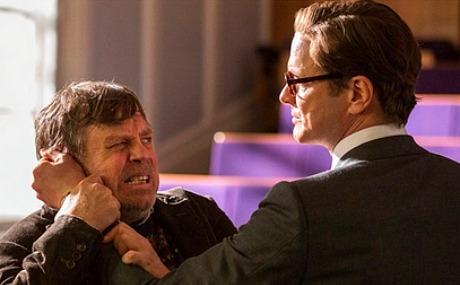 Notice the fullness of the coif, the slightly lower-on-the-forehead, overly clean hairline, and the lump of hair cascading off to the side of the part. The guy he’s terrorizing, by the way, is Mark Hamill, who looks like Richard Attenborough after becoming a full-on drunk and falling off his diet regimen.