Rory Kennedy‘s Last Days in Vietnam, which is running neck-and-neck right now with Laura Poitras‘s Citizenfour for the Best Documentary Feature Oscar, is viewable right here for the remainder of today (Friday, 2.6) and all of tomorrow (Saturday, 2.7). 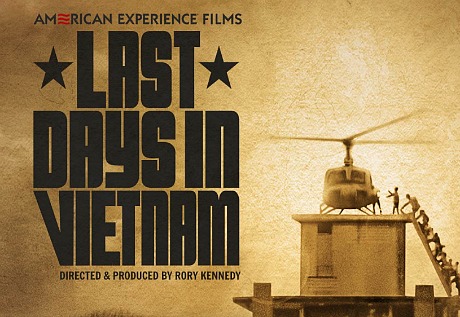 Again, my comments after seeing Last Days in Vietnam at the 2014 L.A. Film Festival: “The waging of the Vietnam War by U.S forces was one of the most tragic and devastating miscalculations of the 20th Century, but what happened in Saigon during the last few days and particularly the last few hours of the war on 4.30.75 wasn’t about policy. For some Saigon-based Americans it was simply about taking care of friends and saving as many lives as possible. It was about good people bravely risking the possibility of career suicide by acknowledging a basic duty to stand by their Vietnamese friends and loved ones and do the right moral thing.”

Posted on 12.12.14: “The difference between Last Days in Vietnam and Citizenfour is that Vietnam spreads the heroism around — it’s about a small community of people who stood up and did the right, risky thing. In a sense it exudes a somewhat more positive view of human nature.”