Early this morning “Actionman” passed along a review of Justin Benson and Aaron Moorhead‘s Spring, a genre-straddling thing (i.e., romance + horror) which popped last Friday and which he’s calling his favorite film of the year so far. “Action Man” will sometimes err on the side of enthusiasm, but Spring has an obviously respectable Rotten Tomato rating of 92 and a Metacritic tally of 68. I’m not exactly a fan of Lou Taylor Pucci (partly because of his name — explained below) but I’ll probably give this a whirl tonight.

“The less you know about Spring the better off you’ll be,” he begins. “This is an incredible, unnerving piece of romantic drama science-fiction, a film that’s as rich in atmosphere as it is in layered character development, with a dash of speculative fantasy, a ton of honest heart and emotion, and some truly icky and spectacular special effects.

“Spring feels like the trippy after-effects of Richard Linklater and H.P. Lovecraft getting together to combine talents and forces. Multi-hyphenate wonderboys Justin Benson (co-editor, co-producer, co-writer, co-director) and Aaron Moorhead (co-editor, cinematographer, co-producer, co-writer, co-director) borrow the walking and talking aesthetic from Richard Linklater‘s Before Trilogy, and fuse elements of psychological and physical horror that would make David Cronenberg proud; this film is as thought provoking as it is visually arresting, and it’s a piece of work that will likely hold up extremely well over multiple viewings.

James Corden is obviously a peppy, spirited fellow, but a good talk show host takes it easy with that. I respect the bravery Corden has shown by declining to sit behind the traditional desk. He’s banking that giving up that authority and protection will be read as “I’m more open than…well, Jimmy Kimmel anyway.” Chelsea Handler went this route. Ditto Bill Maher‘s old Politically Incorrect show and David Susskind’s talk show of the ’60s and ’70s. And of course the morning talk shows are wide open. But desk and tables are fairly ubiquitous in the evening. 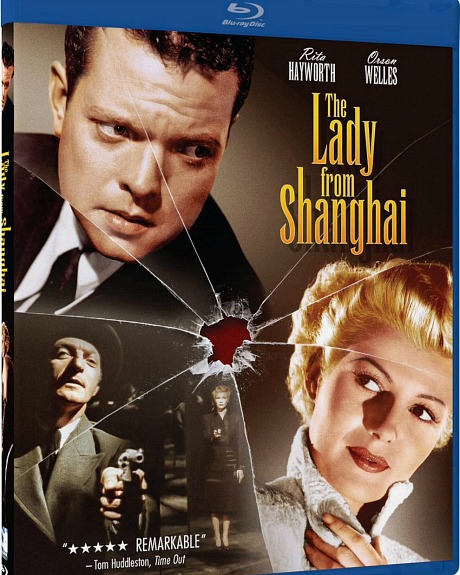 I’ve never seen Orson Welles’ The Lady From Shanghai (’47). At least I have the character to admit that. I traded for the Bluray last night, but aside from the hall-of-mirrors sequence how good is it really? I’ve always heard it’s a mixed bag at best. Was Welles a little too hefty to be playing a romantic lead? (He was only 32 at the time…look at him.) I was told last year that the 100th anniversary of Welles’ birth will be celebrated in Cannes along with the big premiere of Welles’ long-suppressed, recently restored The Other Side of the Wind. Welles’ actual centennial is on 5.6.15. 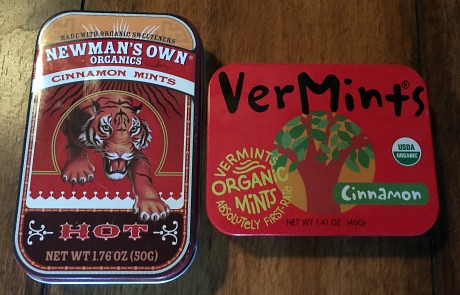 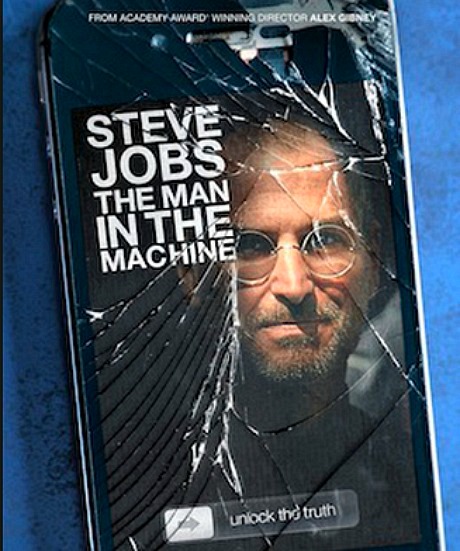 The SXSW consensus was that Alex Gibney’s Steve Jobs: The Man in the Machine was a blistering takedown. Another view was that Jobs was a brilliant prick and no day at the beach, but that’s how most geniuses roll to varying degrees and that Gibney merely captured this reality. I guess no journos will see the doc again until award season? 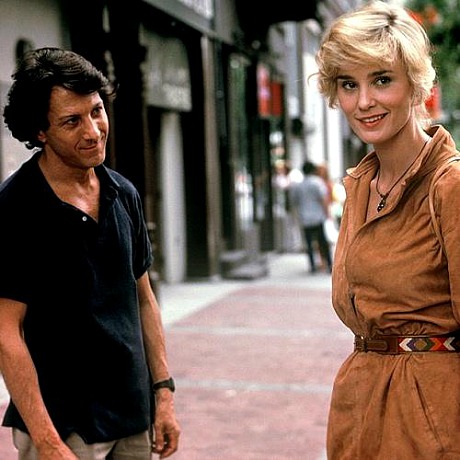 I wrote a “making of Tootsie piece in mid ’82 when I was managing editor of The Film Journal. Sydney Pollack heard I was doing a takedown piece so he called me preemptively and said, “Okay, let’s talk.” Pollack was an adult and a pragmatist. We became friendly in the early ’90s. When he was bed-ridden with cancer I asked if he’d seen Four Months, Three Weeks, Two Days; he said he hadn’t so that evening I dropped off a DVD screener at his home in the Pacific Palisades. Pollack passed the following May.
(More…)
March 23, 2015 1:24 pmby Jeffrey Wells

The 2015 Cannes Film Festival poster was revealed today — acres of infinite whiteness surrounding a somewhat opaque black-and-white snap of a short-haired Ingrid Bergman (probably taken in the early to mid ’50s) and accented by subtle publisher’s-blue lettering. I realize that Cannes posters have to be simple and elegant, but this is surely one of the blandest and least engaging in the festival’s nearly 70-year history. The poster was conceived by Magnum Agency’s Hervé Chigioni and graphic designer Gilles Frappier. Bergman and Notorious costar Cary Grant graced the 1993 Cannes poster. [After the jump.] Consider the posters for Bergman’s Stromboli and Journey to Italy [ditto] — visually “busy” but a helluva lot more interesting, no offense, than the Chigioni-Frappier. 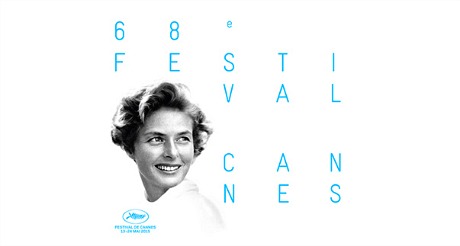 I didn’t see Everardo Gout‘s Days Of Grace, a 12-year saga set in Mexico City, at last year’s Cannes Film Festival. Boilerplate: “Three disparate lives intersect as they are impacted by violence and abduction. Lupe, an idealistic cop, is tasked to investigate a crime ring. When a woman’s businessman husband is kidnapped, she must go outside the law to fight for his release. And a would-be boxer is drawn into a lifestyle that finds him guarding a kidnap while facing down a criminal mastermind.” Grace will debut on HBO on 5.1 with DVD/Blu-ray and On Demand starting five days later.

Two days ago Hitfix TV guy Daniel Fienberg actually wrote that “for many viewers, Ben Mendelsohn will probably be the surprise breakout star of Netflix’s Bloodline.” Really. Feinberg meant it. I was appalled. Mendelsohn’s Danny character, the oldest and surliest son of Robert and Sally Rayburn (Sam Shepard, Sissy Spacek), is a really bad package — a malignant, sandal-wearing, cigarette-smoking scumbag. Danny’s death was blessedly promised in a flash-forward excerpt in episode #1, but here I am on episode #4 and the fucker is still hanging around. God, I hate the way Mendelsohn is always sucking on cigarettes! And his toes sticking out all the time. Just finished episode #5 (or was it #6?): Okay, I feel a little sorry for him but let’s not get carried away. 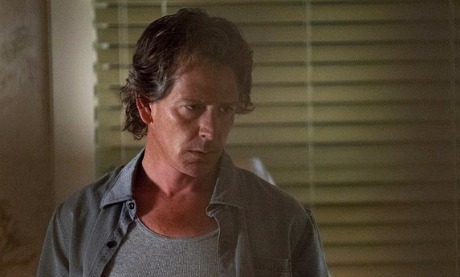