An allegedly riveting period crime flick, Cedric Jimenez‘s The Connection (Drafthouse, 5.12) seems to be exactly what the doctor ordered for the March-April doldrums. If it were opening this weekend I’d bolt right out of the house. Naturally Drafthouse has decided to release it in mid May. Of course!

Stretching from ’75 to ’81, the French-produced drama “pits Jean Dujardin and Gilles Lellouche against each other as a real-life Marseille judge and an elusive kingpin, distilling actual events into a procedural epic whose complicated narrative is propelled by visceral action sequences and an unusually thrilling soundtrack,” wrote Hollywood Reporter critic John DeFore.

“Excellent handheld lensing by Laurent Tangy helps make the film look like the work of a much more experienced director than Jimenez. Considerable theatrical appeal in English-language territories is boosted by both its art house-approved cast and the thematic tie-in to William Friedkin‘s evergreen cop film,” which The Connection is some kind of flip-side companion piece to. 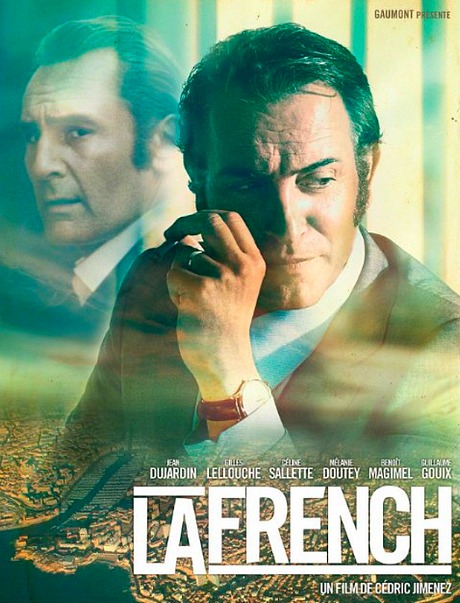