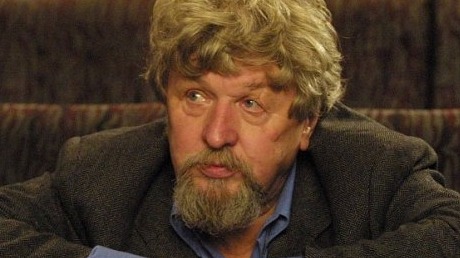 On a semi-related note I learned yesterday that another Czech film devotee, Karlovy Vary Film Festival publicist Tereza Perinova, has passed after a bout with cancer. This was especially shocking to me as I met with Tereza at last year’s Cannes Film Festival to try and convince her that I was a sufficiently important journalist for the KVFF to cover my round-trip plane fare. (Critic Marshall Fine and Deadline‘s Pete Hammond had recently been offered air passage + hotel room; KVFF organizers offered me only the latter.) Tereza was very gracious and considerate when she turned me down. She seemed fairly young (she was 35 when she passed) and had two kids, ages 4 and 6. A publicist friend who worked with Perinova said “she was bravely fighting cancer and even continuing working, but this sudden departure was absolutely shocking…really devastating for the whole family.”

For the 50th Karlovy Vary Film Festival (7.3 to 7.11), Perinova’s international media position will be handled by Katka Nguyen, who was Tereza’s co-worker for many years.