“Worshipful…Trademark Volatility Gets A Pass” 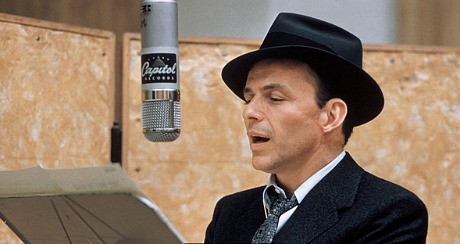 “For a good part of the 20th century, Frank Sinatra dominated American pop culture, first as an artist and then as an icon of what is now a bygone idea of masculinity,” Rorke wrote.

“As seen in the worshipful HBO documentary, Sinatra: All or Nothing at All, his fame was so unexpected and so instantaneous that it startled him, a young band singer with a wife and two children, but he was a fast learner, whether it was how to tap dance for his first film (‘Anchors Aweigh’), seduce starlets or insinuate himself into the coterie of campaign aides to John F. Kennedy when he ran for president.

“For the only child of Italian immigrants who settled in Hoboken, such a trajectory would have been unimaginable in 1915, the year Sinatra was born.

“The film, which was directed by Alex Gibney (Mr. Dynamite: The Rise of James Brown), stresses the most evolved parts of the singer’s personality — using his celebrity to stamp out bigotry in Hollywood, for example — while giving him a pass when his trademark volatility left collateral damage. As Lauren Bacall, whose engagement to Sinatra was abruptly terminated when the press learned of it, tells a television interviewer, ‘I haven’t spoken to Frank since 1959 and that was a very long time ago.’