Earlier today I mentioned that the basic plot of Woody Allen‘s Irrational Man (Sony Pictures Classics, 7.24), about a 40ish college professor (Joaquin Phoenix) having it off with one of his students (Emma Stone), is sure to reactivate discussions about Allen’s personal history. The subject is actually reactivated now with an excerpt from Mariel Hemingway‘s new book, “Out Came The Sun,” being kicked around. Hemingway was 16 when she played Allen’s 17 year-old girlfriend in Manhattan (’79), but when she was 18, she writes, the 44 year-old Allen invited her to come to Paris with him. 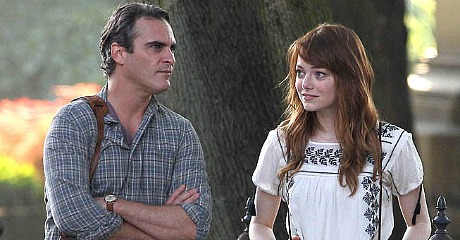 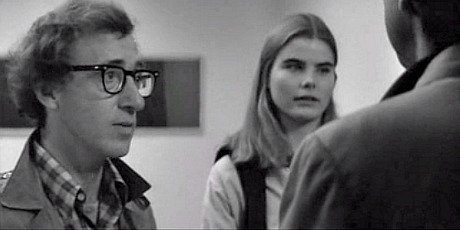 That was a bit on the sleazy side, agreed, but it wasn’t that bad as Allen made the offer with the full knowledge of her parents, who “lightly” encouraged her to go. If a middle-aged guy wants to make a play for a significantly younger woman, the decent thing, I feel, is to wait until she’s 21 or 22. Then again Woody and Mariel had a certain levitational bond over having brought their very best game to Manhattan, and Woody, I’m assuming, was probably channeling the usual X-factor rationale about exceptional people living by their own rules.

Yesterday’s Salon contributor Erin Keane wrote that Hemingway’s revelation “demands we look unflinchingly at the reality that Manhattan so artfully disguised as art, and see it for what it truly is. Woody Allen is a genius. Woody Allen is a predator. He put those two sides of himself together, hand in hand, and dared us to applaud.”

Doesn’t “predator” allude to a compulsive behavior pattern, or certainly something more than a one-off? Keane also says that the idea of an 18 year-old being romantically entwined with a 40-something boss is “theoretically disgusting.” Well, okay, but not entirely. It was unseemly for the 44 year-old Allen to try and get something going, I agree, and yet the 18 year-old Hemingway was of legal age. As it happened she said no and everyone moved on.

Sizable age gaps are fairly common these days. They’ve actually been common in the past. I think they’re a little icky myself, but I try not to judge. 20, 25 or even 30-year age gaps may not be appealing to some of us, but I really don’t think “disgusting” applies. I wonder where Keane draws the line. A 20-year age gap is next to nothing when the guy is in his 50s and the woman is her 30s. It means virtually nothing if the woman is in her 40s and the guy is in his 60s. It’s all relative, and about what different people want.

What’s happening with Keane and other commentators is that they’re trying to suggest that the Mariel Hemingway thing has something to do with whatever the Dylan Farrow thing was. That’s not a fair linkage by any logical standard.

By the way: Researching this led me back to a 2011 piece that alludes to Manhattan, but more precisely to a very low point in my life when I was just starting out in New York and not doing too well. It’s called “Warmish Day in Soho.”