Is It Time For A Trans-Bond?

Last night in London Idris Elba spoke with Daily Mail columnist Baz Bamigboye prior to the BFI premiere of a documentary, Mandela, My Dad & Me, that Elba made with director Daniel Vernon. Baz, of course, asked about Elba possibly playing James Bond down the road, and Elba’s answer was quoted this morning by Vulture‘s Nate Jones. “Honestly, it’s a rumor that’s really starting to eat itself,” he said. “[But] if there was ever any chance of me getting Bond, it’s gone. Daniel Craig actually set the rumor off. About four years ago, he said, ‘Idris Elba would be a great Bond,’ and then it started to creep. I blame Daniel.” 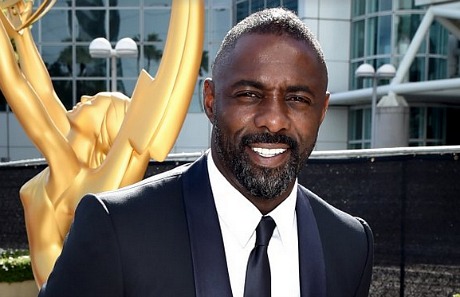 This article won’t be 100% complete until somebody can Photoshop an attractive female-ish wig on top of Elba’s head. Anyone?

It hit me this morning that there’s one way to get the Elba-as-Bond thing going again, but it would have to be done in league with the producers. You may laugh but I’m not completely kidding: Elba portrays a transgender 007. And not just transgender but gay transgender (i.e., into women a la Lana Wachowski). That way the character would cover all the politically correct bases — the LGBT community, African-Americans and African-British, women (at least to the extent that the new 007 would not be “male”). And there’d still be something for the steak-eaters with Elba’s she-Bond still bedding hot women of all races. This is not to imply in any way that Elba’s trans-Bond would be any less formidable as a secret agent. She could totally kick ass in all the usual ways, and why not?

When former Sony co-chairman Amy Pascal suggested last year that Elba should/could be the next 007, she was essentially saying “to hell with that 1950s Ian Fleming concept of the character — the studly, martini-sipping white male from Scotland. It’s time to recreate Bond according to the rules and visions of our current politically correct realm.” And one of these rules is that it’s becoming less and less “acceptable” for heroic figures in any film or franchise to be portrayed by straight white guys. White guys are…God, is there anything they’re good for these days? They’re regarded worldwide as too jaded, too uncool, too corrupt, too disdainful of women, and too dismissive of African-Americans, Latinos, Muslims and the LGBT community, etc. They’re assholes and nobody wants them around.

Tom Cruise is still holding down the Ethan Hunt role in the Mission: Impossible franchise, of course, but the sea water is once again pouring into the Cruise hull in the wake of his having been revealed as a coddled loon in Alex Gibney‘s Going Clear. Guys like Rush Limbaugh freak out over this cultural value shift, saying last December in response to Pascal’s suggestion that “that’s not who James Bond is.” But the whole “white males are stronger, tougher and are the ones to fight the villains when push comes to shove” concept no longer exists in the minds of NY and LA power-brokers and image-makers. These days white males seem to mostly play pompous schlubs and fraudulent assholes in comedies (Will Ferrell‘s hysterical character in Get Hard is a good example) or tragic figures who’ve lost their mojo (George Clooney‘s corrupt TV host in Money Monster, Robert Redford as Dan Rather).

You know who could play Miss Moneypenny to Elba’s trans-Bond? Bruce Jenner.

April 8, 2015by Jeffrey Wells53 Comments
« Previous post
Broken Tail Light, Eight Bullets In The Back
Next post »
Forget It, No Way…Not The Ziegfeld