Not Judges But Defense Attorneys

Following this morning’s 10 am screening of Emmanuelle Bercot‘s La Tete Haute (which is nothing special — not bad but a bit of a snore), I went home to file and maybe grab an hour’s nap before hitting the 2 pm Cannes jury press conference (i.e., co-chairs Joel and Ethan Coen, Rossy de Palma, Xavier Dolan, Sienna Miller, Sophie Marceau, Jake Gyllenhaal, Rokia Traore and HE’s own Guillermo Del Toro). When I returned to the pad around 12:15 pm I figured I’d get the nap first (I awoke this morning at 3:45 am) and then file. I sank to the bottom of the pond and woke up three and a half hours later. It’s now 6:05 pm and I’m racing to finish this post before catching the 7 pm showing of Matteo Garrone‘s Tale of Tales. [Update: It’s now 6:18 pm.] The best quote of the conference came from Gyllenhaal when he said that each juror had been divided into either the Joel or Ethan team. “We are not allowed to talk about who is in what group,” he said. “[It] was based purely on personality.” Second best quote from GDT: “I feel that we are not the judges. We are here to defend the works we appreciated against other jurors.” I’m presuming that Guillermo is going to be a big fan of Yorgos Lanthimos‘s The Lobster because it’s a kind of surreal Bunuelian social-criticism deal and because it includes transformations from humans into animals…yes! Animals in clothes. 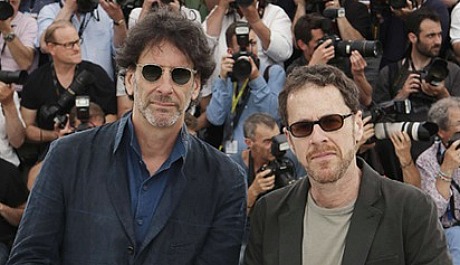 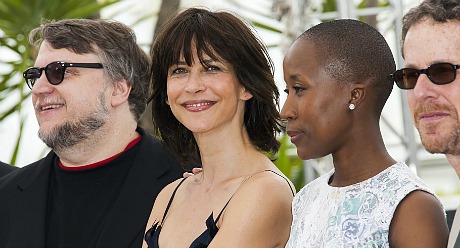 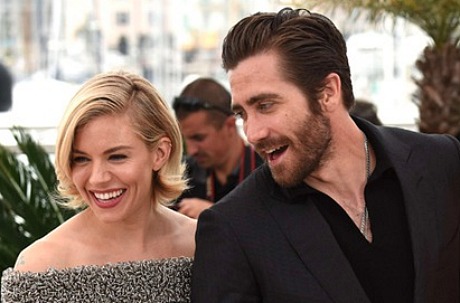