Those Confounding Decisions By Cannes Jury

Last night’s Cannes Film Festival awards weren’t just curious in some respects, but almost bizarre. The jury will never cop to their deep-down motives or to the complete political picture, but I know that Cannes topper Thierry Fremaux chose a fair amount of French films to show competitively, some regarded as disappointing or mezzo-mezzo, and the decision to give three of the top awards — the Palme d’Or, Best Actor and Best Actress (or half of it) — to French recipients was, whether the jury admits it or not (or was conscious of it or not), some kind of political gesture of support. A friend wrote last night that this “had the effect of making what was a very bad showing for the French all around, as almost all of their many entries were average at best and sometimes far worse, look pretty good.” 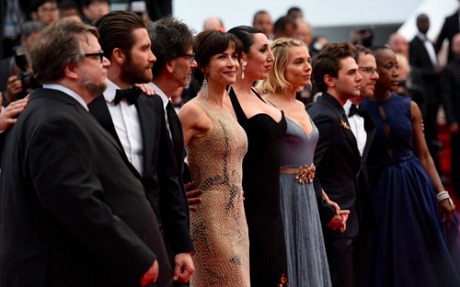 Giving the Palme d’Or to Jacques Audiard‘s respectable but far-from-stellar Dheepan was a huge forehead-slapper. Laszlo Nemes‘ Son of Saul, which won the second-place Grand Prix award, would have been a far more deserving recipient; ditto Todd Haynes‘ Carol, which many fell to their knees over. (A producer pal: “Every year the Cannes critics rave about a film like Carol, so then the Jury goes out of its way to not to give it a prize. It’s as if they have to defy the pure merit of it all just so as to not appear ‘populist.'”)

I’m telling you that nobody and I mean nobody expected Dheepan to win anything, much less the Palme d’Or. In this sense it’s fair to say that the Cannes Jury (chaired by Joel and Ethan Coen) was completely divorced from a perceptual reality shared by nearly every journalist I talked to during the festival. Nobody even fantasized about Dheepan emerging as the Big Winner…nobody.

Journalists: “Dheepan is easily the least distinguished of Audiard’s last three films — a good or even a pretty good film but far from exceptional. At best a modest achievement.” Ethan Coen: “[The jury’s reaction to Dheepan] was swift…everybody had an enthusiasm for it. To some degree or another we all thought it was a very beautiful movie. We’re different people, some people had greater enthusiasms for other things or lesser, but in terms of this movie, everybody had some level of excitement, some high level of excitement and enthusiasm for it.” There was no overlap here. Cannes journalists were on one planet, the jury was on another. 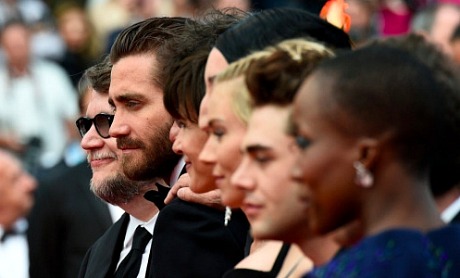 The best actress award was split between Carol‘s Rooney Mara (entirely appropriate, fully deserved) and Mon Roi‘s Emmanuelle Bercot, which struck me as a huge “what?” Bercot played a half-conservative, half-volatile attorney who repeatedly succumbs to resentment and anger fits at Vincent Cassel‘s party-guy husband. Her performance is hammy, repetitive, tedious, hissy-fitty…sometimes moderate but just as often (and very suddenly) manic. No way in hell did Bercot deserve the Best Actress award as much as as Mara. (Producer pal again: “I heard that Xavier Dolan is friendly with Emmanuelle Bercot and threw a fit about giving her some kind of prize. As they couldn’t give it to her for Standing Tall, which played out of competition, they gave her an award for her acting in Mon Roi? Cannes is just pure politics.”)

If there had to be a split it should have been between Mara and Carol costar Cate Blanchett. Or between Mara and Youth‘s Jane Fonda, whose six-minute performance nearly stole that film from Michael Caine. Why did the jury make room for Bercot? Again, I suspect they wanted to stand in league with Fremaux’s heavy bet on the French slate.

I didn’t see The Assassin but I love Pete Hammond’s paragraph about it in his assessment piece: “I suppose it was inevitable that there would be something for the incomprehensible The Assassin from Cannes fave Hou Hsiao-hsien, and there was, as he got Best Director. The martial-arts film was enthusiastically received by the kind of critics who hate anything that makes narrative sense and [who love anything that] moves at a snail’s pace. ‘It’s beautiful to look at,’ I kept hearing from others in giving an opinion on the film they admitted they didn’t understand. After seeing about 30 art films in ten days, if I never hear ‘it’s beautiful to look at’ again it’ll be be too soon.”