I have this sense that the two Sharknado films ignited what I’m calling the third phase of destructo-porn — disaster as distantly-contemplated deadpan humor. Urban wreckage has become ubiquitous in big-budget FX films over the last decade. Pretty much every superhero film has left major areas of great American cities in rubble. So straight-ahead destructo porn had to come up with a new approach or theme, and ironic laughter might be it. Yes, hipper audiences have been chuckling since the original ’70s cycle of disaster films (a decade’s worth from 1970’s Airport to ’80’s When Time Ran Out) but the films nonetheless pushed a sober-minded apocalypse metaphor about…you tell me, civilization falling from grace? Then came the Roland Emmerich destructo-porn cycle (1996’s Independence Day, Mimi Leder‘s Deep Impact, ’04’s The Day After Tomorrow and ’09’s 2012) that was basically about improved FX blended with scary climate-change scenarios (“This is what’s coming, people, if we don’t do something!”). The post-Sharknado cycle assumes a general fuck-it attitude out there, fueled by general cynicism about the willingness of governments to do anything to stem trends that will hasten the planet’s actual destruction. Above and beyond the cynicism that would kick in anyway, I mean, with Dwayne Johnson in a starring role. 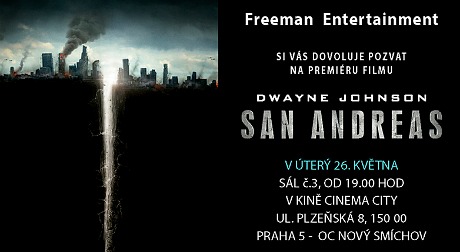