How Substantial, If At All, Is Mon Roi Buzz?

While I continue to suspect that Emmanuelle Bercot‘s La Tête haute (Standing Tall), the Cannes Film Festival’s out-of-competition opener, might be a marginal letdown, the word is stronger, I’m told, about Maiwenn‘s Mon Roi (My King), a saga of a destructive love affair costarring Bercot and Vincent Cassel. Maiwenn, 39, became a featured teenaged actress in the early ’80s. She had a daughter in ’93 at age 16 with director Luc Besson, whom she married, lived with in Beverly Hills and later on divorced. (Besson had cast her in minor roles in The Professional and The Fifth Element.) She also had a son with her second ex-husband, Jean-Yves Le Fur. Maybe she knows something about destructive relationships with overbearing men. I know that I saw and respected her 2011 film, Polisse, so perhaps there’s a little something to the buzz. 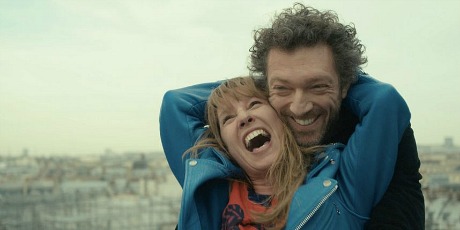