Throne of Blood, Grime and Gunk

I can’t understand how anyone who attended yesterday morning’s Cannes Film Festival screening of Justin Kurzel‘s Macbeth could emerge singing its praises. You could call it a tolerable adaptation of William Shakespeare‘s classic tragedy if you want. I didn’t hate it and might have half-liked it if I could hear it…but I couldn’t. Partly because of the mix but mainly due to the Grand Lumiere’s indisputably atrocious sound system (way too much bass and echo, not enough middle). I couldn’t hear a good 80% to 90% of the dialogue, and anyone who was there and claims to have heard all or most of it is a flat-out liar. For me it was basically about reading the French subtitles plus catching an occasional verb or noun. If you can’t hear the Shakespeare then why watch it? To savor the smoke and the chill and the dampness, the treeless typography, the ash-smeared faces and gooey blood drippings and Michael Fassbender‘s dirty fingernails? 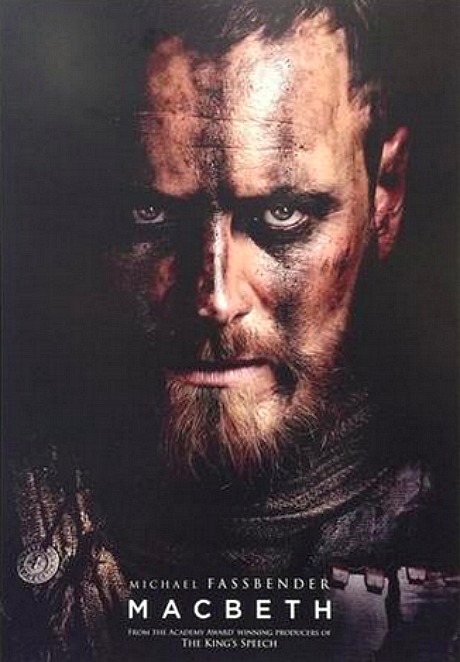 The emphasis, no question, is on blood, venality, gray skies, gunk, grime, authentic Scottish locations and general grimness — the basic Game of Thrones-meets-300 elements that, for me, always result in two reactions: (a) “This again?” and (b) “Let me outta here.”

If the grimy, toenail-fungus, sweat-covered scrotum approach turns you on, great….have at it. But I have a lifelong affecion for Shakespeare’s poetry, you see, as well as a general love for the English language, especially when spoken by RADA-trained actors with stirring elocutionary skills. Which is not what you get from Kurzel’s Macbeth, which runs 113 minutes compared to the 140 minute length of Roman Polanski’s 1971 version, which Variety‘s Guy Lodge has patronizingly described as “tortured.” (Lodge to Polanski: “If you only could have somehow put aside those feelings in your system due to your wife’s unfortunate murder…”)

Kurzel’s film isn’t an adaptation as much as an extended riff. It mines much of the basic text but seems more concerned with the atmospheric canvas. Everyone is miserable in this thing, and so were a good many members of the audience, I’ll bet. I haven’t sat through a Shakespeare film that made me feel this badly since Peter Brook’s King Lear. If you ever want to see the actual play of Macbeth in a form that will actually snap, crackle and pop, buy the Criterion Bluray of the Polanski version or rent the high-def version via Amazon streaming.

I know that the script, a simplifying of Shakespeare’s play by Todd Louiso, Jacob Koskoff and Michael Lesslie, ignores one of my favorite Macbeth passages, spoken by the bloody Thane when told that his wife has become delusional: “Can’st thou not minister to a mind diseased…pluck from the memory a rooted sorrow….raze out the ridden troubles of the brain…and with some sweet, oblivious antidote, cleanse the charged bosom of that perilous stuff which weighs upon the heart?”

Here’s an mp3, performed by Jon Finch in the Polanski version. And here’s Finch’s “tomorrow and tomorrow” speech. You know…if you want to actually hear it. And if you’d rather savor the chill and the gunk and the charred flesh…well, I think I’ve made myself clear on this point. 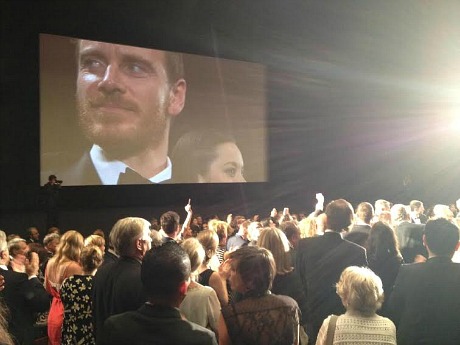