No way am I buying a 25th anniversary Goodfellas Bluray, I told myself. The 2007 Bluray I already own is fine. Then I read Michael Reuben’s Bluray.com review: “Under Martin Scorsese‘s supervision, Goodfellas has been newly scanned at 4K resolution from the original camera negative [and] then color-corrected in the digital domain. Clarity, sharpness and densities are superb. The blacks are deep, the contrast is excellent. Colors are wonderfully saturated without any bleeding, which is especially important due to the frequent and strategic use of bright red lighting. A natural-looking grain pattern is readily observable that, in motion, is much finer than may appear when frames are frozen for screenshots. The difference [between this and the 2007 Bluray] was immediately obvious. The 2007 release seems [to be] covered with a layer of haze, largely because the contrast is too high and the image is overbrightened. This may have resulted from an attempt to increase the perception of detail on an older scan, but the new transfer needs no such aid. The detail is there for real, and the greater accuracy in black level and contrast provides more sense of transparency and depth.” I’m a schmuck but I guess I’ll buy the newbie after all. 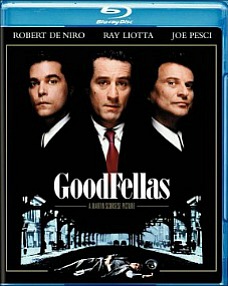 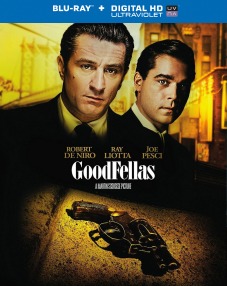 I saw a film last night (never mind which one) at the Landmark plex on Pico and Westwood Blvd. I was parked on the fourth level down, and for some nonsensical reason I imagined that I’d be able to escape within a reasonable time frame. No such luck. Two or three rows of cars feeding into a single line that literally inched along when it was moving at all. It took me eight to ten minutes to move less than 15 feet. That’s it, I told myself. I parked the car and went up the escalators to Pico Blvd. and had a little sushi and a bowl of Miso. 40 minutes later I was back on parking level 4 only to discover another line of cars barely moving. It took a good 20 minutes to reach the street-level exit, partly due to a malfunctioning parking ticket machine in one of the lanes. I’ll never park in that godawful concrete prison ever again.

Almost half the day was wasted by having to repel and repair an attempted hacker attack upon Hollywood Elsewhere. Anarchists from Estonia or Azerbaijan. Even unsuccessful assaults slow everything down and you always have to spend half the time trying to convince the ISP tech support guys that it’s not somehow your fault or is due to your own slow wifi or whatever. Dealing with this crap drains your soul. Profound mental cruelty. Hence my lack of activity today except for the Brian Wilson hallucinogenic satori post.

In a recently posted interview with Huffpost‘s Ricky Camilleri, the great Brian Wilson was asked what the boiled-down message of Love & Mercy might be. The 72 year-old genius could have said this or that, but he settled upon “don’t take drugs…drugs aren’t good for you.” Which is generally true, but not, I would argue, in the context of the convulsive social changes of the ’60s. In 1976 a 34 year-old Wilson (who, it has to be said, was a little more mentally spry back then) was asked about psychedelic drugs during an interview with Mike Douglas, and he said that “a lot of hippies said the great messiah was supposed to return in the ’60s, but it came in the form of drugs…I agree there’s a certain amount to be said for that.”

Today’s Wilson seems to be a more or less happy man, seemingly settled and clear of mind, and I’m not saying that his answer to the “message” question was wrong. I myself wouldn’t touch any drug with a ten-foot pole these days. But his Mike Douglas Show viewpoint was a little closer to the truth.

Hallucinogens — Wilson wasn’t talking about anything but LSD, mescaline, peyote, mushrooms — changed everything in this country, specifically during a six- or seven-year period from the mid ’60s to early ’70s. Hallucinogens suddenly made traditional Christian beliefs seem primitive and old-hat, ignited interest in Eastern mysticism and transcendental meditation, and brought about “The Me Decade and the Third Great Awakening,” as Tom Wolfe famously called it.