Yesterday morning I did a 20-minute phoner with Paul Dano, whose performance as the young Brian Wilson in Love & Mercy is unquestionably one of the year’s greatest performances. I’ve always felt a certain kinship with Dano on the strength of having attended high school in Wilton, Connecticut, but admiration-wise I’ve been on the Dano train since his first big score as the mentally frazzled son in Little Miss Sunshine (’06). The following year he played Paul and Eli Sunday in Paul Thomas Anderson‘s There Will Be Blood, for which he won a BAFTA award for Best Supporting Actor. The next highlight was his brief but striking performance as a cruel plantation overseer in Steve McQueen‘s 12 Years A Slave. But his work in Love & Mercy is the peak — one of those career breakthroughs that actors dream about. His performance will almost certainly be remembered at year’s end. 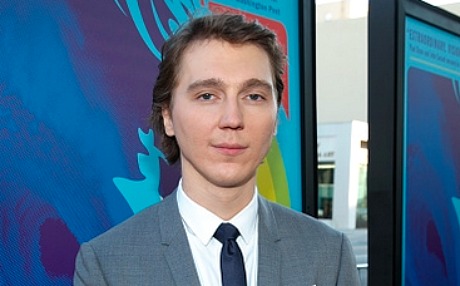 Paul Dano prior to last Tuesday’s screening of Love & Mercy at the Academy theatre in Beverly Hills.

“Something about Brian’s spirit…there was so much joy in it…obviously a lot of pain and struggle in Brian’s life, but playing such a beautiful and complicated guy,” Dano said. “Always connected to something bigger than himself. I knew the Pet Sounds and Smile sessions so well and I sang and played live in a couple of scenes. It was probably my favorite experience I’ve ever had…a lot of friendly ghosts and spirits in the studio…it was really alive.”

From my Toronto Film Festival review: “Every year there’s a lead performance or two in an indie-level film that’s so drop-to-your-knees mesmerizing that people like myself throw back the shutters and shout ‘make room…this one matters!’ I’m telling you straight and true that Dano‘s performance is almost spookily great. Wilson’s disturbed spirit hums and throbs in Dano, who gained 30 pounds to play the genius Beach Boy maestro in his mid ’60s blimp period. You can really feel the vibrations and sense the genius-level ferment and the off-balance emotionality. Inwardly and outwardly it’s a stunning, drop-dead transformation and the finest performance of Dano’s career, hands down.” 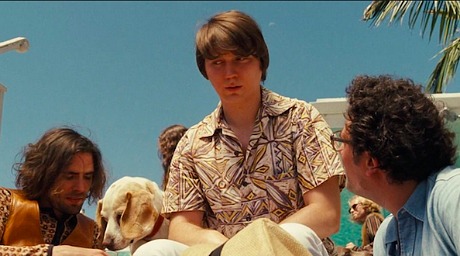 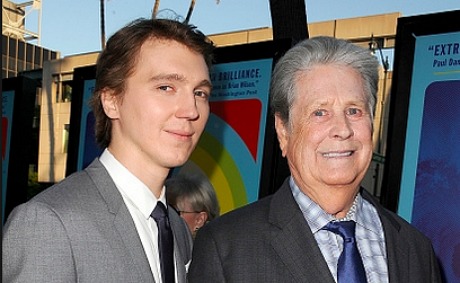