Relationship Between Ted 2 and Dylann Roof

“This is probably not the moment for Ted 2, a time when a young white man can sit among a group of black Charleston churchgoers for the better part of an hour before taking out his weapon and shooting nine of them dead; one in which the ensuing conversation focuses on whether the cause was racism and why we have to keep going there even after it’s been demonstrated that the shooter was well steeped in white-supremacist concerns. It’s one in which the president can come under fire for saying the n-word as though he were using it the way [it’s used] in Seth MacFarlane’s movie; and one in which the cross-racial outrage over the racist flag that waves on the South Carolina capitol lawn reached such a political pitch that, for the first time, there’s actually a possibility that it could be removed.” — from Wesley Morris’s 6.2 review, posted on Grantland. 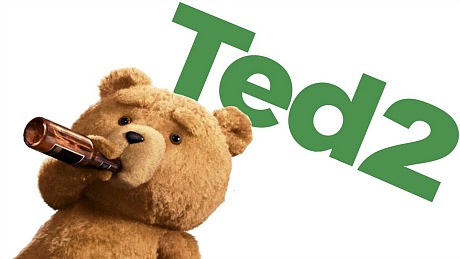 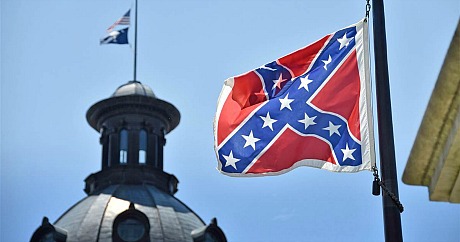 Having missed the Ted 2 all-media (I won’t see Seth MacFarlane‘s film until Friday or Saturday), I’m not in a position to connect the dots between a potty-mouthed toy bear and the recent Charleston slaughter. But you have to give credit to Morris, at least, for pushing a curious hot button that, whatever the merits, everyone is paying attention to this morning. And not cynically — Morris obviously means every word.

“In one sense MacFarlane is just making dick and personhood jokes in a commercial comedy that is gleefully marketed to all. But for the people who own those penises, who rarely, in American movies, experience equal personhood, this can sting. That, of course, isn’t all. Part of the Charleston shooter’s pre-massacre statement apparently expressed contempt for black sexuality (‘You rape our women’). That contempt is almost as old as this country. But its expression from a 21-year-old unemployed landscaper and a very popular 41-year-old entertainer would seem to suggest that it’s not going anywhere soon.”

Sidenote: I wish I had the magical power to eliminate the word “penis” from the English language. Mainly because the sound of that godawful term alludes to urinating (first syllable “pee”, second syllable rhymes with “piss”) and in so doing degrades the male organ in too many ways to contemplate. The metaphor of the male organ is a grand notion waiting to rise up a glorious flagpole. It is primarily sexual, partly visual, partly Greek or Roman statuesque…a stand-up symbol of life, love and buoyancy when things are flush and happening and vital. No, I don’t have a substitute term but I’d perfectly happy with “schlong” or “Johnson” or “schtuffenhaufer” or whatever. I only know that the word “penis” has made me physically flinch almost my entire life. I hate it more than the taste of steamed spinach.

June 25, 2015by Jeffrey Wells37 Comments
« Previous post
Ray Hicks, Pigs In Utah, etc.
Next post »
I Shag Therefore I Am