Last night I caught episode #2 of the second season of True Detective. Things started to get a little bit heavier, darker, weavier. I was hanging in there, feeling a little bit sorry for Vince Vaughn‘s Frank Semyon (who doesn’t seem like that much of a “bad guy” — he’s just into run-of-the-mill graft and corruption) and noticing that Rachel McAdams‘ Ani Bezzerides of the Ventura County Sheirff’s office and even Colin Farrell‘s Detective Ray Velcoro — a snorting alcoholic slob and bellowing animal in episode #1 — are starting to seem a little less obsessive and even a bit more personable. So things are rolling along, seeds are being planted, steam is starting to push the engine along a little faster and then…I’m not spilling or even hinting but something happens, man. A thing I wasn’t expecting at all. In the aftermath I said to myself, “Okay, now things have kicked into gear.” 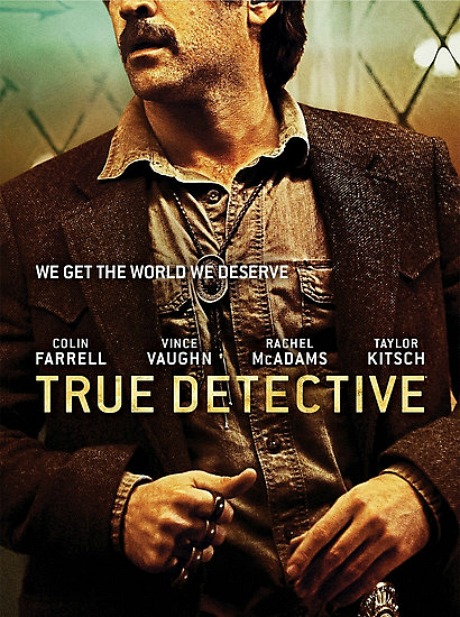 Incidentally: A good portion of the action in True Detective‘s second season happens in Vinci, a fictional industrial town located a bit south of downtown Los Angeles. KPCC’s Kevin Ferguson has posted an intelligent piece that basically informs that Vinci is largely based upon the real-life town of Vernon. Lots and lots of asphalt, warehouses, refineries and train tracks in Vernon, and roughly 5000 people commute there daily for work. But only about 100 people live there full time.

June 23, 2015by Jeffrey Wells13 Comments
« Previous post
Action In The South Pacific
Next post »
As Close To Bulworth As We’re Ever Going To Get