I haven’t sat down and watched Criterion’s new Dressed To Kill Bluray (due on 8.18), but a recent review by DVD Beaver‘s Gary W. Tooze notes how it looks “extremely different” compared to Dressed to Kill Blurays issued by MGM Home Video (and released by Fox Home Video) on 9.6.11 and Arrow Home Video on 7.29.13. On top of which the Criterion version “seems vertically stretched (or the other two are horizontally stretched),” Tooze writes. “This makes the Criterion faces thinner and taller and the Arrow and MGM faces fatter. It is also more faded-looking and has a yellow/green tinge to it.” 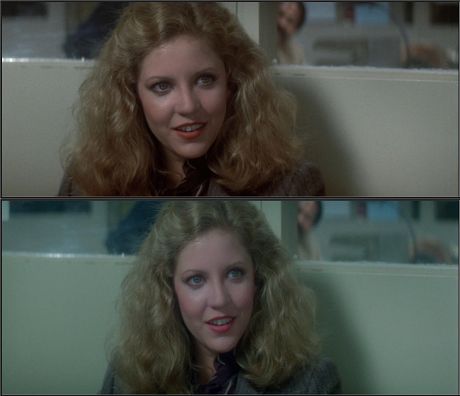 I watched Nancy Allen in many films during the ’70s and ’80s, and her face was never as thin as it is in this DVD Beaver screen capture of Criterion’s Dressed to Kill Bluray…NEVER. 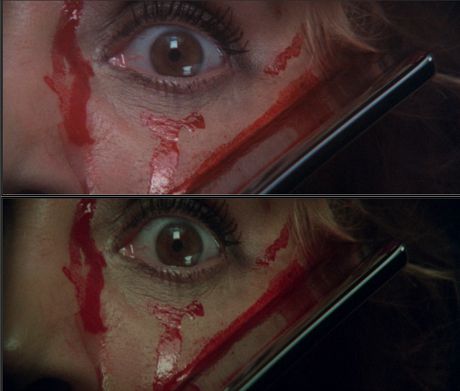 HE to Criterion’s Peter Becker (sent this morning): “I just looked at DVD Beaver‘s review and I’d appreciate your input if you could spare a moment or two. Has Criterion ever mastered a film in such a way that everyone comes out looking a few pounds thinner? It doesn’t look quite right to me. I’m guessing that it doesn’t look quite right to a lot of people. I’m not saying the MGM/Fox Home Video and Arrow versions are absolutely correct either (I don’t know anything), but they seem a bit more life-like and more naturally proportioned.

“I’ve long agreed with the age-old maxim that ‘you can never be too rich or too thin,’ but Criterion seems to have really taken that saying to heart, at least as far as Dressed to Kill is concerned. And what’s with the greenish-yellowish tint? And the much brighter exposure with the faded colors? I saw the film a couple of times in ’80 and I know it didn’t have this green-yellow thing.

“Theory #1: You and yours were taking mild hallucinogens when you remastered the film and decided it would be trippier to reimagine it as a thinner film. You had just watched North by Northwest the day before and Roger Thornhill’s motto — ‘Think thin’ — was on your mind.

“Theory #2: The MGM/Fox guys and Arrow guys were taking hallucinogens and decided to fatten everyone up.

“Theory #3: Considering that Criterion’s version was approved by Brian DePalma, you guys just threw up your hands when DePalma insisted on a ‘thinner’ version with a yellow-green tint. You urged restraint, DePalma refused to back down and you guys said, ‘Well, the director knows best!’

“Theory #4: DePalma came in to Criterion headquarters and you said, ‘Brian, the actors in Dressed to Kill are too fat looking…they need to be thinner! And…don’t take this the wrong way as it’s your movie and all…but it need to be greener and yellower and brighter.’ DePalma put up a fight at first but you insisted and overpowered him.” 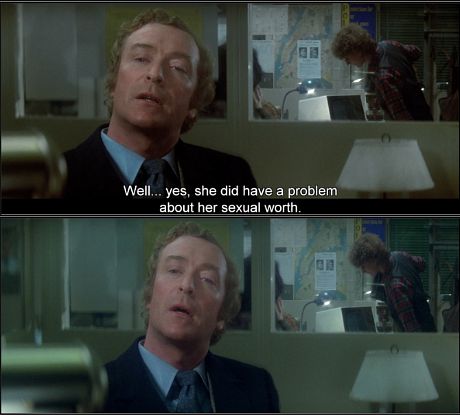 July 30, 2015by Jeffrey Wells27 Comments
« Previous post
I’ve No Choice But To See This
Next post »
To Hell In A Station Wagon