Two days ago movie-weekly.com‘s Richard de Carvalho posted an interview with legendary movie-poster artist Drew Struzan at Disney’s D23 Expo. A longtime George Lucas pally and a designer of Star Wars posters since the late ’70s, Stryzan was hired by J.J. Abrams to create the one-sheet for Stars Wars: The Force Awakens. Struzan told Carvalho that before starting he “got to read the script and subsequently I’ve seen half of [The Force Awakens] and I can tell you and the fans this, honest to God, is far and away probably going to be the best Star Wars you’ve ever seen…it’s beautifully made and it’s a wonderful story.” 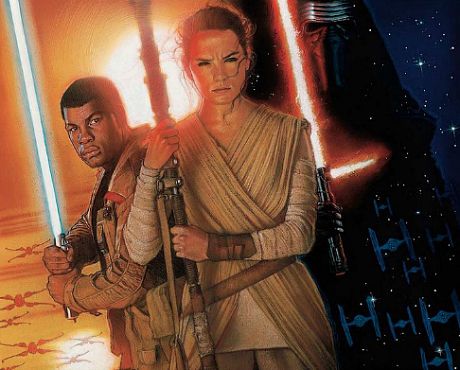 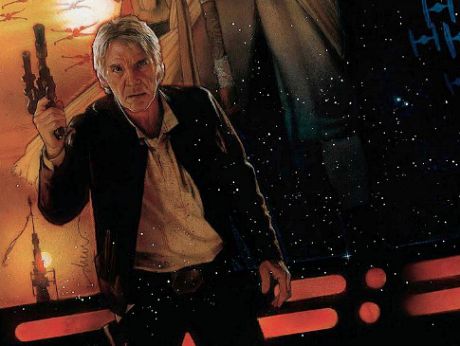 So what’s Struzan gonna say? That having read the Force Awakens script and having seen half of the film that it’s not too bad?

Let’s allow that Struzan’s words may turn out to be a straight-dope assessment. I’d be delighted if everyone agrees down the road, but how can you trust Struzan for the time being? He’s been cashing Star Wars paychecks off and on for over 35 years and has never, to my knowledge, said anything of a critical nature about the prequels. Or any Star Wars film for that matter. How discerning is he? What are his values?

It would be one thing if Struzan had told Carvalho that The Force Awakens stands head and shoulders above the prequels, and is even good enough to look The Empire Strikes Back in the eye and say “okay, pal, you’ve enjoyed your legend for the last 35 years but it’s time to step aside.” A quote like that would get me going but “the best Star Wars you’ve ever seen”? Considering the quality of the prequels as well as Return of the Jedi, doesn’t that sound like faint praise?

I’m sorry but Struzan’s endorsement sounds too generic, too thankful, too team player-ish.