No Escape Is Exploitation Slop

A friend caught No Escape some time ago, he said early last week. “How is it?” I asked. The first thing he said was “Well, the plot is ludicrous.” Then he turned around and said it’s not so bad in this and that way: “I didn’t mind it, it didn’t bother me that much,” etc. But you said the plot is ludicrous, I reminded. “Yeah, well, it is but…” 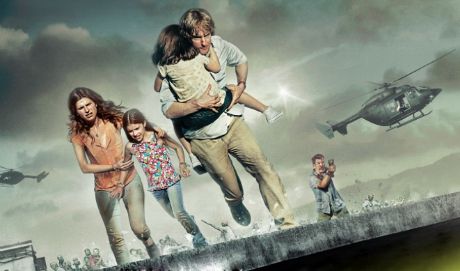 I saw No Escape last week at the West L.A. Landmark. I’m not going to explain the story — trailers have been playing online for six months. Hordes of Asian fiends looking to murder all white tourists in a nameless country that borders Vietnam, forcing poor Owen Wilson, his wife Lake Bell and their two daughters to run and hide and do whatever it takes to survive.

I got through it but it wasn’t easy. When I came out the publicist asked me what I thought. “It’s awful,’ I said. “Ohh, no!,” she said. “Wait…you’re telling me you think it’s okay? That it has redeeming qualities? Because I don’t believe you.”

When I got home I wrote this guy who told me about it and said, “Well, you were right about the plot being ludicrous.” No Escape is probably the worst film I’ve seen all year. Alongside Vacation, I mean. It’s easily the worst movie that poor Owen has ever been in. Pure exploitation dogshit. And poor Lake Bell! I felt terrible for her.

What a humiliation for these two! Smart, clever actors who write and know the world and have been around and are leading lives of curiosity and discovery, and then they agree to act in a piece of shit like this. Wow!

The director is John Eric Dowdle, who comes from horror. He’s a 41 year-old exploitation guy — a step or two down from Eli Roth. He and his brother Drew wrote this piece of shit. Five years ago Dowdle directed a not-too-awful Shyamalan-produced horror film called Devil, which mostly took place in a high-rise elevator. All I can say is that Devil was a far more intelligent thing than No Escape. When I came out of No Escape I was telling myself that Doodle’s instincts are basically that of an animal’s.

Anyway Owen and Lake are suddenly being told to run here and there and hide and sweat and squirm and act like scared idiots. All Lake did was whimper and cry with her mouth open and look terrified. Her character had the emotional constitution of a five year-old.

This is what happens when you have kids, like Owen and Lake do. You do these kinds of films for the money so you can send your kids to a good college, and you just hope the movies won’t turn out too badly.

The whole crowd laughed when Owen threw the first daughter across the alley to the roof of the other building in slow-motion. Ah-hah-hah…whoo! Then they started chortling and tittering off and on for the rest of it. Like them, I began to realize that the only way to get through this thing was to wait for the laughs and talk back to the screen and throw pieces of candy and balled-up napkins at the screen.

No Escape is funny here and there, but it’s not funny enough.

Pierce Brosnan is the best thing about it, but are you telling me that a grizzled intelligence guy is going to tell a guy he hardly knows that it’s all his fault, and that the people are only rising up because U.S. shitheel corporations are in cahoots with the elite of their country?

“What was it about this film that you felt had redeeming values?,” I wrote to the guy who said it wasn’t all bad. “You said it had some half-good things. You need to explain that to me.”

I’ve said this a couple of times in the column but No Escape caters to the fears of every whitebread moron who’s afraid of visiting anyplace the least bit exotic or even a wee bit unfamiliar, and who prefers to go on Carnival Cruises and visit Disneyland France and Cancun and Club Med hideaways.

The bad guys in the film are anti-government, American-tourist-hating revolutionaries — one third ISIS, one third Shining Path, one-third Khymer Rouge from mid to late 1970s Cambodia. Kill all white man. Machete, gun, any way you can. But do it stupid.

This is the kind of movie that makes you feel nauseated and humiliated. You want to escape before the closing credits start and hide your face and not look at anyone else who was in the theatre with you. You just want to run down to the garage and get the hell out of there. 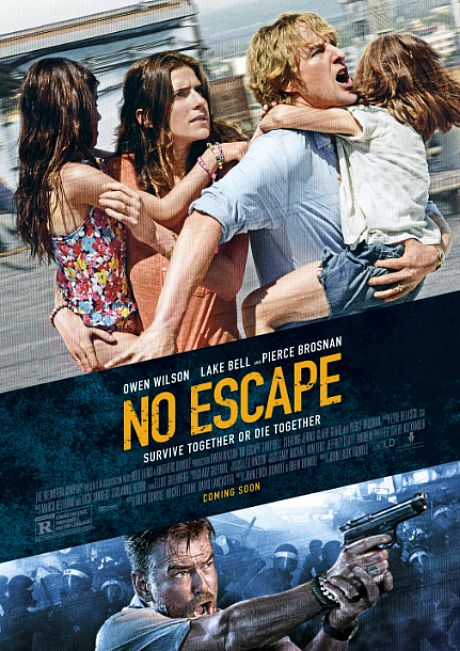