Today Rope of Silicon‘s Brad Brevet announced that he’s shutting down the site…bang. Brevet has always been one of the better ones, a hard-working, super-disciplined professional who delivered a first-rate, handsomely designed movie website for 12 years. I’m really very sorry to see this happen. 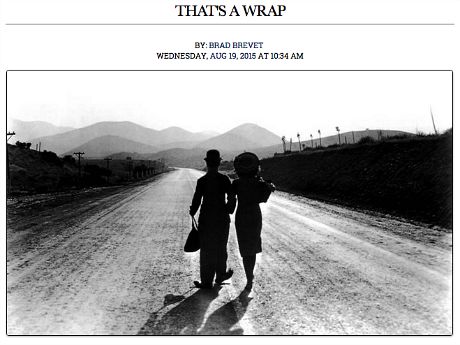 For whatever reason Brevet hasn’t explained the particulars in his farewell essay. All he says is that “shutting down the entire site was the best and easiest option for me at this time.” He also makes it clear that “all the site’s content will not be lost and I expect my reviews will be online again at some point in the near future…I will not stop writing.” He says he’ll also be going to the Toronto Film Festival.

I’m presuming that Rope of Silicon died at the Alamo because the advertising revenue situation for smallish outlying film blogs is getting tougher and tougher (the big sites are gobbling up almost everything). It’s certainly a tougher row to hoe these days, but I think Brad needs to explain anyway and tell people what his next adventure will be and so on.

HE to Brevet a few minutes ago: “We can all guess why this happened but you should spell it out, dude. Tell it plain and let the chips fall. For 12 years you wrote a form of plain, clearly-phrased truth, day after day after day, and I think you owe your readers a straight-up explanation.”