A q & a transcript between Vulture‘s Lane Brown and Hateful Eight director-writer Quentin Tarantino went up last night, and it has some really great content for just a plain old chit-chat. Here’s one of my favorite portions, which isn’t meant as a shout-out for David O’Russell‘s Joy but you might as well take it that way. 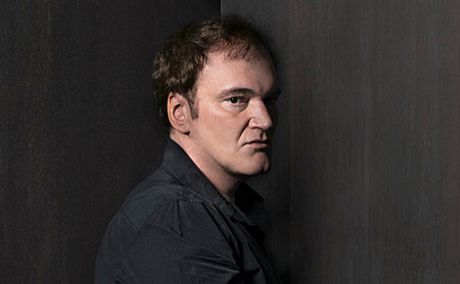 Brown: “And in fairness to blockbusters, nothing stinks worse than bad Oscar bait.”

Tarantino: “The movies that used to be treated as independent movies, like the Sundance movies of the ’90s — those are the movies that are up for Oscars now. Stuff like The Kids Are All Right and The Fighter. They’re the mid-budget movies now, they just have bigger stars and bigger budgets. They’re good, but I don’t know if they have the staying power that some of the movies of the ’90s and the ’70s did. I don’t know if we’re going to be talking about The Town or The Kids Are All Right or An Education 20 or 30 years from now. Notes on a Scandal is another one. Philomena. Half of these Cate Blanchett movies — they’re all just like these arty things. I’m not saying they’re bad movies, but I don’t think most of them have a shelf life. But The Fighter or American Hustle — those will be watched in 30 years.”

Tarantino: “I could be completely wrong about that. I’m not Nostradamus.”

Brown: “What makes The Fighter something we’ll be talking about in 30 years?”

Tarantino: “Part of that is the explosion of David O. Russell’s talent, which had always been there but really coalesced in that movie. I think he’s the best actor’s director, along with myself, working in movies today. And The Fighter had impeccable casting.

Another Russell/Lawrence plug: “I’m a very big fan of Jennifer Lawrence. I think she could end up being another little Bette Davis if she keeps on going the way she’s going. I think her work with David O. Russell is very reminiscent of [the work between] William Wyler and Bette Davis.”

August 24, 2015by Jeffrey Wells104 Comments
« Previous post
No Escape Is Exploitation Slop
Next post »
Nice Incontinent Lady In The Van Outside — Stinks A Bit, Ill-Mannered, Conservative Viewpoints, Gotta Love Her