As mentioned I caught two Peter Bogdanovich movies last night — one a nimble, old-fashioned Bogdanovich-directed screwball comedy and the other a documentary that doesn’t feel well-ordered or smooth enough. But despite its faults, the doc — One Day Since Yesterday: Peter Bogdanovich and the Lost American Film — is far more affecting. Because it’s a story about promise, loss and tragedy, and particularly how life can sometimes knock your lights out at the drop of a hat. And the way it’s been made doesn’t get in the way of that. 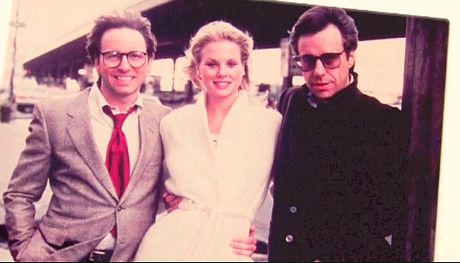 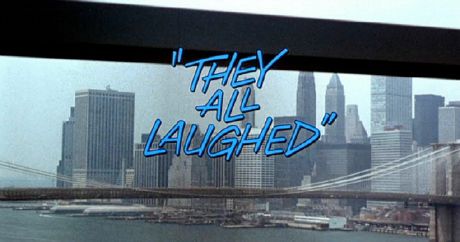 In his late ’60s-to-early ’70s directing heyday (Targets, Directed by John Ford, The Last Picture Show, What’s Up Doc, Paper Moon), Bogdanovich had the world at his feet. Plus a cocky swagger thing going on. Every time you saw him on TV (he visited the Dick Cavett Show two or three times if not more) Bogdanovich always seemed dryly amused, a bit smirky…the gifted bon vivant. But since the tragedy of They All Laughed (’81) and more particularly the gruesome murder of poor Dorothy Stratten, the film’s 20 year-old costar for whom Bogdanovich had fallen head over heels, followed by his financially disastrous decision to buy They All Laughed from an unenthusiastic 20th Century Fox in order to save it from being shelved, some essential spark began to slowly drain out of him. Or so it seemed.

Bogdanovich rebounded with Mask (’85), of course, but then he got into a major fight with Universal over their decision to not use some Bruce Springsteen songs, which led to Bogdanovich filing a $19 million lawsuit against the studio. In so doing he fortified a rep as an imperious guy who wouldn’t collaborate and could almost be counted on to be a pain in the ass.

Bogdanovich has kept his hand in over the last 25 years with the passable-to-underwhelming Texasville, Noises Off, The Thing Called Love and The Cat’s Meow (among other films), with his Sopranos supporting role as a fellow New Jersey psychiatrist and paternal pal of Dr. Jennifer Melfi’s, a respected four-hour Tom Petty doc (’07) and more recently with She’s Funny That Way (which opens on 8.21), but he hasn’t really hasn’t had “the touch” (or what feels like the touch to me and some others) for nearly 35 years now.

It’s a hard thing to acknowledge but sadly true. Andrew Sarris used to say that artists have just so much psychic essence, and when the bottle is empty there’s nothing they can do about it and except recycle and reshuffle and hope for the best.

I know that it seems as if They All Laughed was the last real high point as well as the beginning of a big downturn. I also know that since the ’90s Bogdanovich has more and more come to resemble a droopy basset hound in dark-framed glasses — an artist eclipsed by grief, haunted, all tapped out. Let’s not even get into his decision to begin a discreet paternal relationship with Dorothy’s younger sister, Louise, when she was 14, and then marry her in ’88 when she was 20 and he was 49. Don’t go there. Just leave it alone. They divorced in ’01. 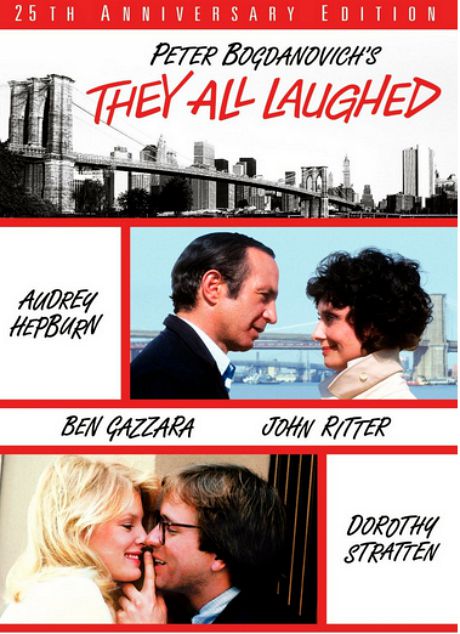 One Day Since Yesterday provides a basic Bogdanovich bio and runs through the good times, but it’s mainly the story of how it all came crashing down with They All Laughed, which more than a few (including Quentin Tarantino) regard as an unappreciated classic about mood, charm and romance in New York City. I wasn’t floored when I first saw it in ’81 but maybe I’ll buy the 25th anniversary DVD. (Why isn’t an HD version streaming on Amazon?)

After returning home last night I bought a copy of “The Killing of a Unicorn,” an apparently less-than-balanced account of the Stratten tragedy that Bogdanovich wrote and published in ’84.  One thing I’ll never do and that’s re-watch Bob Fosse‘s Star 80, which I recall as deeply unpleasant, particularly due to Eric Roberts‘ performance as Paul Snider, Stratten’s sleazy, insanely jealous husband who killed her with a shotgun blast.

Bill Teck‘s film runs about 92 minutes, and while it’s not the most professional-looking or professional-sounding thing, it’s passable enough. And the material breaks your heart. There’s no absorbing what happened between Bogdanovich, Stratten, Snider, Hugh Hefner (who made Stratten famous with some nude spreads in Playboy) and everyone else who worked on They All Laughed and not saying at the end “good effing God.”

It just hit me that Teck’s film is similar to Gabriel Clarke & John McKenna‘s Steve McQueen: The Man & Le Mans, which is also about an artist meeting his personal Waterloo. From my 5.17.15 review: “What it’s about, in fact, is the deflating of McQueen the ’60s superstar — about the spiritual drainage caused by the argumentative, chaotic shoot during the summer and early fall of ’70, and by McQueen’s stubborn determination to make a classic race-car movie that didn’t resort to the usual Hollywood tropes, and how McQueen was never quite the same zeitgeist-defining hotshot in its wake.”

Yesterday had its big debut at last September’s Venice Film Festival. I don’t know where it’ll play but it’s worth catching if you’ve any interest in the tortured Bogdanovich saga, and if you care about the Hollywood glory days of the ’70s.

The only thing that really bothers me about Teck’s film is the title. One Day Since Yesterday sounds awfully close to the title of the unpublished novel written by Paul Giamatti‘s Miles in Sideways — “The Day After Yesterday.” The latter was dreamt up, of course, by either Rex Pickett or director Alexander Payne as an example of pretentiousness. And the second half of Teck’s title is bothersome also: “Peter Bogdanovich and the Lost American Film”? Why not “a” Lost American Film? And why “Lost”? No film that’s been on DVD for nine years and has been well spoken of by critics and filmmakers can be described as undiscovered or wandering in the wilderness.

I didn’t much care for She’s Funny That Way. You could bend over backwards and call it an amusing return to the style of Bogdanovich’s What’s Up, Doc, but you can’t go home again. All good comedies feel as if the actors were on mescaline when they shot it; the really exceptional ones give Joe and Jane Popcorn a nice mescaline high of their own. But not this puppy. It’s spirited but a bit creaky, a bit strained.

It’s basically one of those swanky uptown Manhattan fables about wealthy guys hiring hooker/escorts and then twisting themselves into pretzels in order to keep this information from their significant others, and I’m sorry but it’s just not very funny. You half expect Edward Everett Horton to show up as the butler. Noah Baumbach is one of the producers (along with Wes Anderson), but his own Mistress America is a much better farce for our time — smart and fast with a much better script.

I realize that She’s Funny That Way makes no attempt to synch up with the 21st Century. It’s deliberately backwards-glancing. And I’ll give the cast (Owen Wilson, Imogen Poots, Kathryn Hahn, Will Forte, Rhys Ifans, Jennifer Aniston, Austin Pendleton) an upvote for embracing the spirit of ’30s-styled farce but…well, at times I was almost reminded of Charlie Chaplin‘s The Countess From Hong Kong (’67), an old-fashioned romantic farce and boxoffice bomb that costarred Marlon Brando and Sophia Loren. If you know this film you know what I mean.

And I have to say that the British-born Imogen Poots feels like a weak link. I was particularly bothered by her exaggerated borough accent (“Noo Yawwk”) as well as Bogdanovich’s decision to shoot after-the-fact interview footage between herself and Ileana Douglas in which Poots reflects extensively about what she was feeling when all the wacky stuff was happening.

August 10, 2015by Jeffrey Wells59 Comments
« Previous post
One Triumph of the Will Shot + Re-heated Leftovers
Next post »
Finally Over & None Too Soon