I nearly had a heart attack as I watched and listened to Dean O’Gorman portray Kirk Douglas in the new trailer for Jay Roach‘s Trumbo. Why use an actor who conveys a certain movie-starrish machismo but who mainly looks like an older Ryan Gosling? Douglas wore his thick blondish-reddish hair swept back and didn’t starting parting it until the early to mid 60s, and Douglas hired Trumbo to write Spartacus in late ’58 or early ’59. Why didn’t they give O’Gorman a more distinct hole in his chin? And why didn’t they hire an actor who could do a decent impression of Douglas’s voice and then dub O’Gorman, like Tim Burton did when Vincent D’Onofrio portrayed Orson Welles in Ed Wood? I’m sorry but O’Gorman’s Douglas impression just doesn’t cut it — it takes you right out of the film. 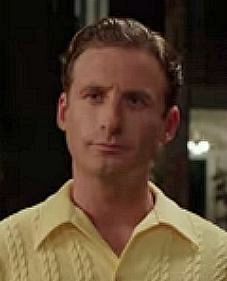 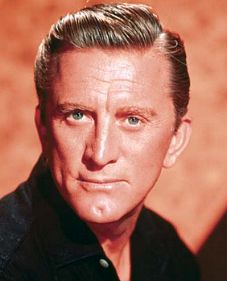 HE to Roach, producer Michael London: Please fix this. It’s not a tragedy in and of itself but why hurt the move with something that clearly doesn’t work? Dub O’Gorman with someone who sounds like Douglas — can’t be that hard. Trumbo also features Michael Stuhlbarg as Edward G. Robinson and David James Elliott as John Wayne, and I’ll tell you right now I’m scared shitless of what may be in store.

August 12, 2015by Jeffrey Wells16 Comments
« Previous post
Mr. Moustache Holds Firm Against HUAC Fanatics, Tells Them To Take A Running Jump
Next post »
Sanders Over Clinton in N.H. Poll — 44% to 37%