Middleburg Film Festival attendees were seriously into catching yesterday’s 5pm screening of Meg Ryan‘s Ithaca…long lines, hopped-up chatter. They wanted to see Meg, of course, but this transferred into what seemed to be serious interest in the film. And then Ithaca played and the aftermath was “uhm, okay…ssshhh, keep it down, she’s right over there.” By contrast the pre-screening vibe before the 8 pm showing of Todd Haynes‘ Carol could be described as one of interest but not excitement. The “air” in the room felt settled (i.e., less than fully engaged) when it played, and my sense of the after-vibe was one of respect more than anything else. This is a conservative community, after all — I shouldn’t have expected the same near-euphoria that greeted Carol‘s first screening in Cannes. It played just as effectively for me, I can tell you. Cate Blanchett gives such a glammy actressy performance, so 1950s elegant in so many ways, mannered but vulnerable. And the cigarettes, my God! I was on the verge of coughing just from watching her ignite one after another. And there’s no diminishment from Rooney Mara, who deserved that Best Actress award from the Cannes jury. I understand, of course, the political strategy of running Mara as Best Supporting Actress, but also the irony as she’s arguably playing the lead role, despite what the title implies. 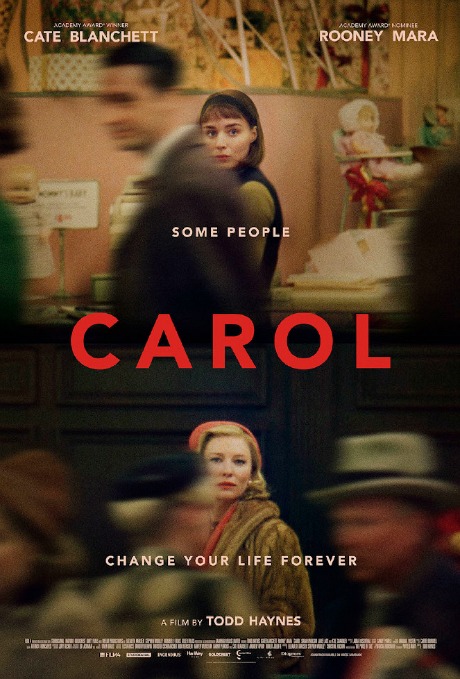 October 24, 2015by Jeffrey Wells7 Comments
« Previous post
She Drives Me Crazy
Next post »
Is That All There Is?