“I’m over trying to find the ‘adorable’ way to state my opinion and still be likable! Fuck that. I don’t think I’ve ever worked for a man in charge who spent time contemplating what angle he should use to have his voice heard. It’s just heard. Jeremy Renner, Christian Bale and Bradley Cooper all fought and succeeded in negotiating powerful deals for themselves. If anything, I’m sure they were commended for being fierce and tactical, while I was busy worrying about coming across as a brat and not getting my fair share. 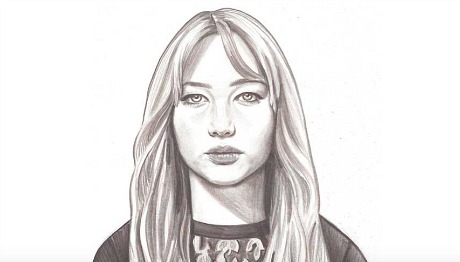 “Again, this might have NOTHING to do with my vagina, but I wasn’t completely wrong when another leaked Sony email revealed a producer referring to a fellow lead actress” — Angelina Jolie — “in a negotiation as a ‘spoiled brat.’ For some reason, I just can’t picture someone saying that about a man.” — Jennifer Lawrence in a 10.13 Lenny piece “Why Do I Make Less Than My Male Co‑Stars?”

To be even more fair, if you substitute “spoiled brat” for “entitled, coddled, living-in-a-luxury-bubble egotist” you’d be describing a fairly large percentage of all super-successful actors — i.e., those with managers and personal assistants and nannies who drive them around and pick up their laundry and whatnot. It’s a nice way to live but it’s only natural that the recipient of all this coddling and smoothing and honeyed caressing will eventually adopt an attitude of me-me-me-me-me-me-me-me-me-me-me-me-me-me, regardless of gender. All to say that the producer who described Jolie in the previously mentioned unflattering terms probably wasn’t, you know, imagining things.