I somehow got past my Anomalisa blockage last night. My basic Telluride response was to call it “another downhead visit to Charlie Kaufmanland” — an emotional reaction to the melancholy, flirting-with-self-loathing worldview that you always get with any Kaufman-penned film. But last night’s screening at the London West Hollywood opened a couple of new doors and closed one in particular. The morose element didn’t bother me as much as I knew exactly what to expect so those feelings more or less left the room. And I paid much more attention to the painstaking craft that went into the making of this adult-level, stop-motion character drama, which required three full years (all of ’12, ’13 and ’14) as the average daily capturing was around 48 frames or two seconds. Plus I enjoyed listening to Kaufman, co-director Duke Johnson and producer Rosa Tan during the post-screening discussion. And fourthly, I began to appreciate Anomalisa more fully as a potential Best Animated Feature contender. What a landmark it would be if an animated film that eschews the usual family-friendly blah-blah wins the Oscar in this realm? A hand-made animated film about flawed, lonely, uncertain adults coping with real-world ennui and depression — the tyranny of peppy, sparkly CG-animated films would be temporarily overthrown at least once. I was also struck by the smallish size of the lead character puppets (i.e., Michael Stone and Lisa, who are voiced by David Thewlis and Jennifer Jason Leigh). The models in Wes Anderson‘s Fantastic Mr. Fox were twice as tall. By the way: Tan told me that an Anomalisa trailer will pop in about two weeks. 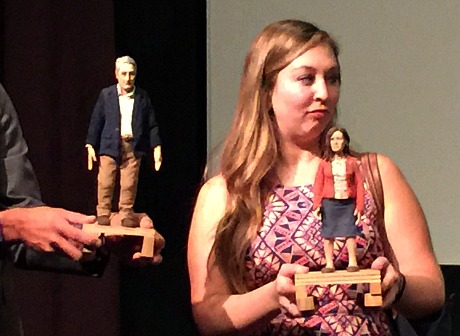 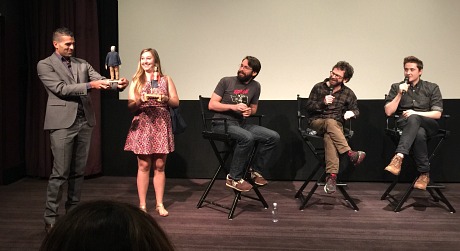 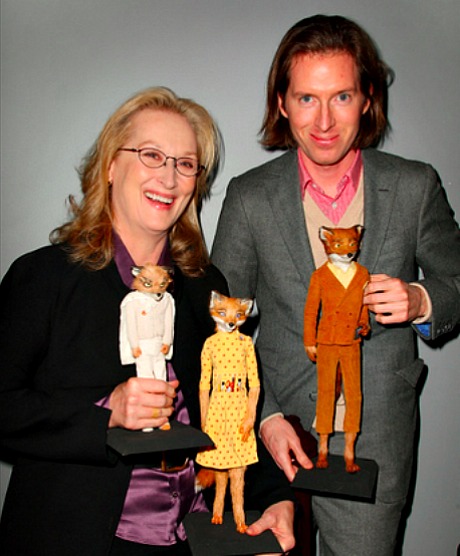