From HE 9.5 review, posted from Telluride: “Carey Mulligan, looking appropriately hangdog for the most part, handles every line and scene like a master violinist. She’s always been my idea of a great beauty, but when she chooses to go there she has one of the saddest faces in movies right now. And I don’t mean gloomy. The strain, stress and suppressed rage of Maud’s life are legible in every look, line and gesture. Mulligan is fairly young (she just turned 30 last May) but she’s a natural old-soul type who conveys not just what Maud (a fictitious everywoman) is dealing with but the trials of 100,000 women before her, and without anything that looks like overt acting. All actors ‘sell it,’ of course, but the gifted ones make the wheel-turns and gear-shifts seem all but invisible.” 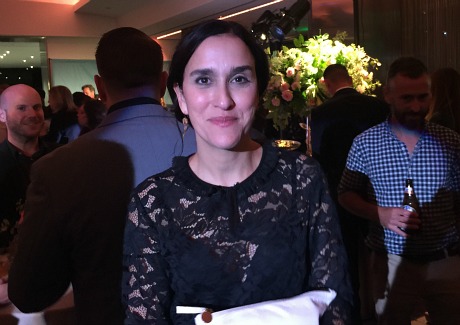 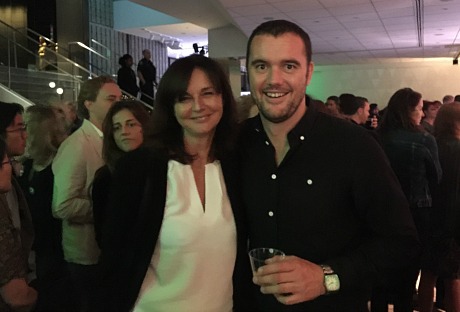 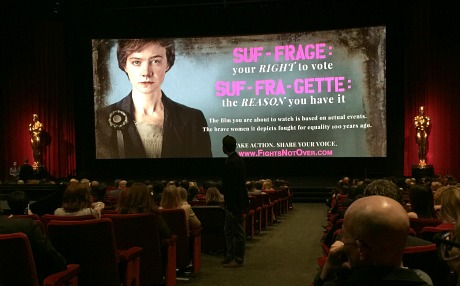 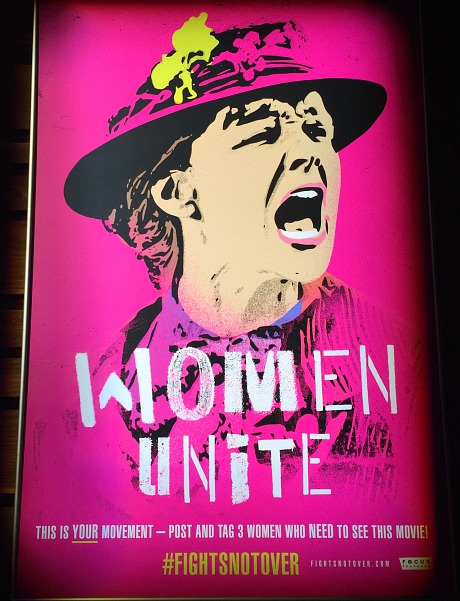 “The none-too-hips and feel-good seekers (i.e., the crowd that loved The King’s Speech and went nuts last year for The Imitation Game) are going to be muted in their enthusiasm for this impossible-to-deny film (the stirring-but-somewhat-downish tone and occasional acts of political violence go against the comfort-blanket aesthetic), but serious film lovers are going to get it.”

October 20, 2015by Jeffrey Wells11 Comments
« Previous post
“The World Doesn’t Owe You A Thing…To Do Things For Myself, Once and For All” — Fairly Strong Argument Against Welfare State, No?
Next post »
Acquired Taste