Leonardo DiCaprio has acted the hell out of many vividly written roles over the last 23 years, starting with 1992’s This Boy’s Life. In my book he gave his supreme performance as Jordan Belfort in 2013’s The Wolf of Wall Street, but a few immensely perceptive Academy blue-hairs thought Martin Scorsese was winking at that character’s flamboyant criminality so they denied Leo’s Best Actor Oscar. But this year it’s settled — he wins for The Revenant. Not necessarily for the finesse in his super-committed, 90% physical performance as Hugh Glass, but because Leo seriously suffered up there in the Canadian cold (and down there in Argentina). He wins because (a) he’s been cranking it like a champ for 22 years and (b) in hitching his wagon to the Inarritu team he got half-killed by a CG bear, swam in ice water, froze his ass off, rode a horse off a cliff (i.e., not really) and ate a live fish and raw bison liver — it’s that simple. No other Best Actor contender (Fassbender, Damon, Redmayne, Hanks, Smith) can beat that narrative.

I’ve been waiting for years for Blurays of The Big Sleep and Key Largo to come out, and now, finally, the moment is here. Germany Blurays of Howard Hawks’ jaunty 1946 noir and John Huston’s 1948 adaptation of Sherwood Anderson’s play will pop on 2.4.16, according to German Amazon. Which means, most likely, that an American distributor will issue same later this year. I have Region 2 player so why wait?

In any creative enterprise the worst mantra you can repeat to yourself is “don’t fuck it up.” Those words are, of course, rooted in fear and a corresponding lack of confidence on the part of the artist. I know. In the late ’70s I tried to be a credible movie journalist while repeating these words over and over, fearful as I was of exposing myself as the marginally talented, somewhat under-educated guy I feared that I was deep down. Anxiety, insecurity and fear are jail cells. “Don’t fuck it up” did nothing but freeze my instincts and make me afraid of my own voice, and of what the world might think.

What are helpful words to go by when you’re creating? “Let’s see what happens if I fuck with this or fiddle with it in some fuck-all way” has always worked for me. Once you stop giving a shit, everything starts to flow. You can’t uncork artistic discovery if you’re too worried about disappointing your bosses or fans or whomever. If you overdo the fuck-all you can always formalize and clean it up, but you can never fix work that’s been created with a sword over your head.

From a 12.29 Reverse Shot piece by Eric Hynes: “This is the era of do-not-fuck-it-up. Ant-Man? It’s fine — at least Peyton Reed didn’t fuck it up. Batman v. Superman? Don’t fuck it up, Zack Snyder, like you did Watchmen. X-Men: Apocalypse? Let’s bring back Bryan Singer because he didn’t fuck up those first few X-Men movies. The first thing art director Nash Dunnigan told a fan-filled crowd at Museum of the Moving Image in advance of a screening of The Peanuts Movie? ‘Don’t worry, we didn’t screw it up.’ 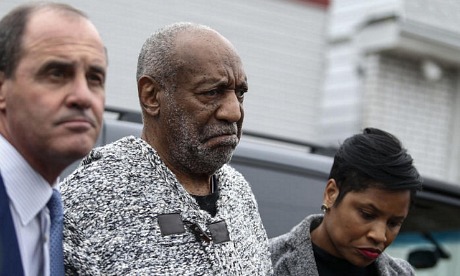 Just over two weeks ago I posted HE’s first 2016 quality-film roster riff. My initial impression was that ’16 seemed light on the kind of films I prefer (i.e., smart, crafty, subtle, undercurrents, made for people with at least a high-school education and/or voracious readers). Now I’m realizing things are better than that. I’ll do a third pass in late January. What am I overlooking or mis-ranking? 22 films looking good to very good. Again, Wikipedia’s 2016 film roster + my recent Sundance ’16 preference list plus the following:

My pulsebeat is racing, you don’t want to know what Scott Feinberg‘s is, and Sasha Stone‘s is probably off the charts. Academy Award nominations voting opened two hours ago and, as Jackie Gleason‘s Ralph Cramden might have said if he could time-trip from the mid ’50s to share in our profound excitement, “Hominah-hominah-hominah-hominah-hominah…!” Academy voters need to submit their nominations today, tomorrow (12.31) and over the first eight days of ’16. Oscar nomination voting closes at 5 pm Pacific on Friday, 1.8. And over the next 12 days (i.e., from now through 1.10) the shape of things as they more or less stand right now will be ratified by other ballots, nominations and final calls.

So this is really, really it, Paul Dano! People of taste and refinement are totally counting on you to carry the ball into the Best Supporting Actor end zone. Oh, and winning several Best Actor awards for your Brian Wilson performance is not a negative as a BSA contender — it’s a plus!

Annie Award online voting opens on 1.1.16 (go, Anomalisa!). On January 2nd the ACE Eddie Award nominations will be announced. January 4th is the DGA deadline to submit votes for feature film nominations…no more dithering!..as well as the WGA deadline for preliminary screenplay online voting. Great balls of fire will surge forth on Tuesday, January 5th, when the Producers Guild Awards nominations are announced along with the Art Directors Guild nominations. And if those aren’t enough, the National Board of Review Awards ceremony happens that night….pant, pant. On Wednesday, January 6th the final Golden Globes ballots from HFPA members are due, and the WGA’s Theatrical and Documentary Screenplay nominations will be announced.

Nicholas Spargo‘s 12.23 YouTube essay didn’t persuade me that The Force Awakens is worse than the hated prequels, but it does point out several issues that are hard to dismiss. Above and beyond the similarities to Episode 4, I mean. Mostly logic disputes. Worth mulling.