On 11.26 I got an emailed invitation to the big, fat, three-venue Hollywood premiere of Star Wars: The Force Awakens on Monday, 12.14. I rsvp’ed immediately. And yet here it is Friday, 12.11 and I still haven’t been told which Hollywood Blvd. theatre I’ll be seeing it in — the Dolby, Chinese or El Capitan. Actually no one had been given the details as of this morning, a Disney rep told me, but the particulars will be mailed later today. A premiere is always a restricted, exclusive event for, as Peter Ustinov would say, “ladies and gentlemen of quality, those who appreciate a fine kill.” It goes without saying that anyone who rates an invite isn’t going to…I was going to say no invitee would want to feed restricted info to Star Wars fan base loonies but maybe not. This is the first time a premiere-inviter has played things this close to the vest. 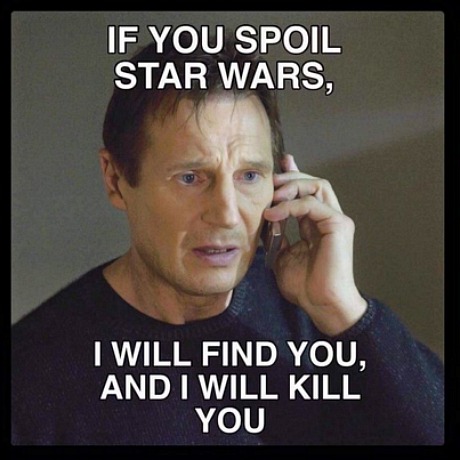