Very effective, I’ll admit. I was kind of irritated by the idea of this film until now. But the chords of “Bohemian Rhapsody” are responsible for a good 40% of the impact. You need to step back and, you know, not be taken in. “Worst. Heroes. Ever” = huge owesies to Robert Aldrich‘s The Dirty Dozen.

“It’s like Jaws, except the shark is a tsunami and Chief Brody is geologist Kristian (Kristoffer Joner, also in The Revenant), who is all ‘We’ve got to close the beaches!’ (so to speak, and speaking in Norwegian) when he suspects that a mountainside in the fjord near the postcard-pretty little town he lives in is about to collapse and send an 80-foot wall of water into the cafes and the marinas and the sightseers. His skeptical colleagues worry about false alarms scaring away tourist money — see also: Jaws — and even his wife, Idun (Ane Dahl Torp), who works in the big hotel, tells him to relax, that ‘the mountain will be there for another thousand years.’ It won’t.” — from 11.16.15 review by Flick Philosopher‘s Maryann Johanson.

Just to underline I didn’t say anything to Guardian interviewer Rory Carroll about “most Academy voters [being] happy to preserve the status quo.” Maybe they are but I didn’t address it. I reiterated my long-held view that the Academy needs overhauling, and once again pushed the idea of “weighting Academy votes so that those cast by people currently working in film carried more sway than those of people who retired years or decades ago,” as Carroll conveyed it. 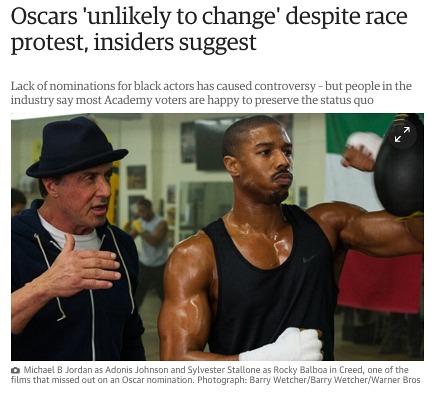 Excerpt #1: “Jeffrey Wells, a veteran Los Angeles-based film blogger, said others shared his view that the NWA biopic Straight Outta Compton and Michael B. Jordan’s’ performance in Creed, for instance, were not Oscar-worthy but that few would say so publicly.

Excerpt #2: “The blogger said Straight Outta Compton and Creed, which was directed by Ryan Coogler, were well-made crowd-pleasers but lacked ‘refinement’.

All year long my Durango Dude outfit — cowboy hat, overcoat, gloves, black suede boots — sits in a closet, and then for 10 days in mid January I get to actually wear it. I love strolling around in this garb, and if it snows up there so much the better. Can you imagine going to Park City and wearing, I don’t know, some dorky day-glo orange down vest with a nickle-and-dime K-Mart scarf and some kind of knit cap…the kind of outfit that Girls costar Alex Karpovsky would wear if he attended? Famous last words if I get hit by a car on Kearns Blvd. because my clothing isn’t bright enough. The Southwest flight leaves Burbank at 11:30 am, stops in Pheonix, arrives in Salt Lake City around 4:30 pm. 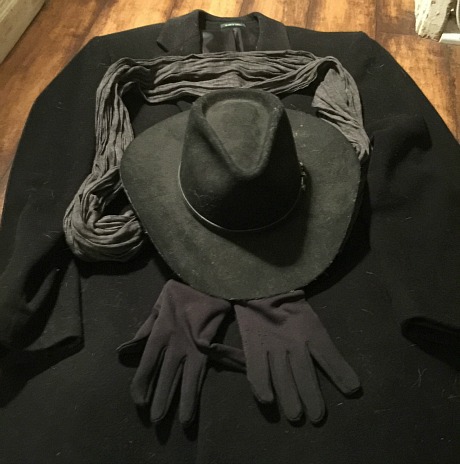