This Song Has No Title

Hollywood Elsewhere arrived at the Park City Regency last evening around 6 pm. I shuttled right down to Fresh Farms (formerly Albertson’s) for groceries, went back to the pad to unload, and then hitched a lift to Main Street for dinner with HE’s own Svetlana Cvetko and David Scott Smith. After which the trouble started. Well, not “trouble” but certainly the first disappointment of the 2016 Sundance Film Festival.

Before Tuesday night’s screening of Hail Caesar! Indiewire‘s Eric Kohn told me about a little kickoff gathering on Woodside, which I naturally assumed was happening last night (i.e., Wednesday) as the festival’s first screenings — Rachel Grady and Heidi Ewing‘s Norman Lear: Just Another Version of You and Chris Kelly‘s Other People — will happen at 5:30 and 9 pm, respectively.

On top of which Wednesday night is the only “free” social night for serious Sundance go-getters, many if not most of whom arrive on Wednesday so they can unpack, get groceries, get a good night’s sleep and hit the ground running on Thursday morning, which is what I’m doing as we speak.

We taxied over to the Woodside address and discovered, to my personal shock and embarassment, that I had failed to read the date on Kohn’s e-mailed invitation, which unmistakably says Thursday, 7 to 11 pm. This was one of those situations in which I physiologically saw, read and processed the email but emotionally and psychologically rejected the date because who throws a festival kickoff party on Thursday when there are movies to be seen and reviewed?

By my yardstick Thursday arrivals are for slackers. I’m not condemning Thursday arrivers — I’m saying I respectfully don’t get it. I’ve been a Wednesday arrival guy for several years now. To me it’s the only way. 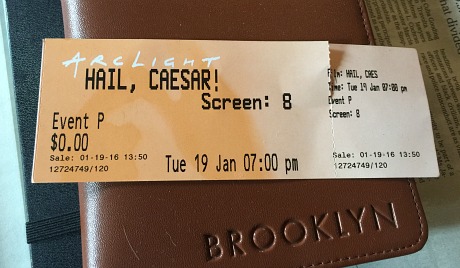 January 21, 2016by Jeffrey Wells3 Comments
« Previous post
I Don’t Wanna Hear About It
Next post »
Missed This Yesterday