This morning a N.Y. Times guy who had obviously read last night’s “Let It Go” post asked if I wanted to tap out 300 or 400 words about diversity in the film industry. I gave it a quick shot and sent it right off. He thanked me but said he’s heard from too many people deploring racial factors and asked me to try again. I said thanks anyway and no worries, but I’ll just post it myself:

There exists a certain constitution, sheen or formula that spells “Best Picture contender”, and the definition of these resides in the mind of your seasoned industry viewer. Many of whom look or sound like Kevin Costner or Bruce Feldman or Brenda Vaccaro or Rod Lurie or Rob Reiner or Hope Holiday, the actress from The Apartment who so angrily derided the crude bacchanalian aspects in The Wolf of Wall Street.

We all know what your classily generic, “aimed at older white people” Best Picture contender looks and behaves like — The King’s Speech, The Imitation Game, The Danish Girl. As lulling and tiresome as this equation is (British-favoring, tasteful, poised) there is still in these films an attempt to hone and refine and deliver some kind of thematic, observational summation. Who we are, what we are (or were), what this aspect or chapter in our lives amounts to in the end, etc.

Too few were willing or able to recognize this element in Cary Fukanaga‘s Beasts of No Nation, and the Academy’s failure in this regard is, many feel, arguably “racist.” This was the big 2015 outrage, if you ask me — not just a dismissal of Fukunaga’s art but a refusal to admit that the horrors of African tribal warfare are as much a part of our global narrative and social fabric as anything else.

And yet the refinement-and-summary element isn’t there in Straight Outta Compton and Creed — it just isn’t. Both are strong films — engaging, direct, “honest”. Compton tells a straightforward, fact-based story via a series of dramatic highlights and chapters, and efficiently at that. And Creed refreshes and revitalizes a 40-year-old franchise while making Philadelphia seem cool again. But they lack any sense of real discovery — they’re rooted and sincere but at the same time familiar. Fine films but, as Richard Masur told Tom Cruise in Risky Business, “not quite Ivy League.”

Quality-level criteria needs to be constantly challenged and redefined, of course, or the form dies. And the threat of stagnation is arguably strongest in the persistence of those fixed definitions of what an Oscar-level film is. Are challenges happening out there? Hell, yes. Visit any Sundance Film Festival for a full serving of this. But the old Academy brigade doesn’t do Sundance as a rule (although Jane Fonda did last year, she told me, and she may return next week) and they live behind ivy-covered walls. 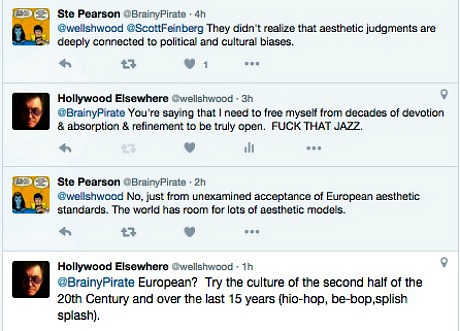 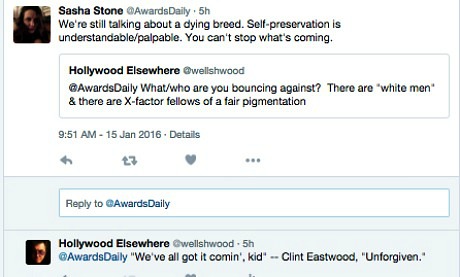