From a 2.18 Anne Thompson/Indiewire piece, “Why Iñárritu’s The Revenant Will Likely Win Best Picture”: “Why, if The Revenant, is such an arduous, demanding, rigorous and large-scale period piece, did it not win the PGA award that went to The Big Short?

“One answer may be that the producers saw a movie that wasn’t, in the conventional sense of the word, well-produced. Coming in over-budget at $135 million, The Revenant broke the rules, forcing all its departments to service, in effect, the needs and demands of the cinematographer in the last hour and a half of natural magic-hour light every day, to make any shot possible in a 360-degree world, to chase locations, mostly without backup from any cover sets.

“No producer ever wants to make a movie under those conditions. And it’s unlikely that Iñárritu himself would repeat the experience. He had never made a big-budget studio film before.

A copy of Owen Gleiberman‘s “Movie Freak: My Life Watching Movies” (Hachette, 2.23) arrived today. I’ve known Gleiberman, one of the most eloquent and engaging critics on the planet, since my early-to-mid-’90s freelancing period with Entertainment Weekly. Gleiberman was a senior critic at that once-dynamic publication from the launch in 1990 until April 2014, when he was cut loose. OG’s smooth prose and perceptive views didn’t appeal to the lightweight giggly girls who had gradually become EW‘s reader base. 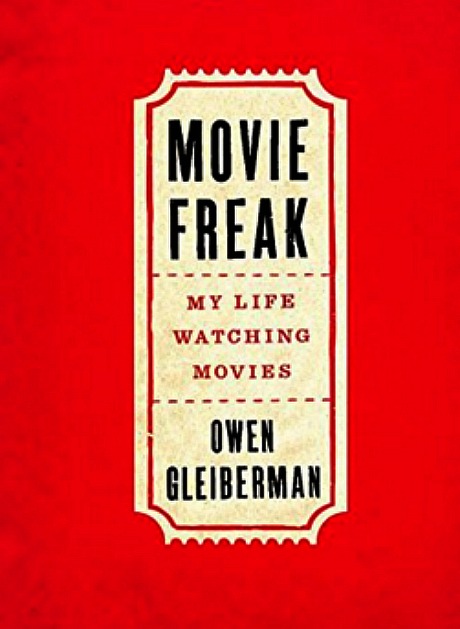 I went right to the second-to-last chapter, “The Book of Eli”, to read about Gleiberman’s last days there.

The chilly axe-man was Jess Cagle, who had been named EW and People‘s editorial director in January 2014. Cagle “was someone I’d always liked a great deal,” Gleiberman writes. “I had respect for Jess’ editing chops and enjoyed his airy corporate version of shade-throwing wit, and I felt that he might be the perfect person to recharge EW‘s pleasure centers. I told a lot of my colleagues, ‘He’s exactly what we need.’

“Be careful what you think you’re glad for.

“Let’s be clear about something: In his first two years at the helm, Jess Cagle saved Entertainment Weekly. Her whisked it back from the dead and made it crackle again. At the same time he didn’t like ‘negative’ stories. And there was a trio of movie stars — Tom Cruise, Julia Roberts, Will Ferrell — whom Cagle appeared to have placed on a special perch where little seen as hurtful to their careers could be published in EW or on ew.com.

Remember the classic motorcade ambush scene in Phillip Noyce‘s Clear and Present Danger (’94) when an army of drug-cartel mercenaries killed several U.S. government guys in their SUVs? Remember when that scene was a hot new turn of the screw and action fans everywhere were talking about it? Babak Najafi‘s London Has Fallen (Gramercy, 3.14) is the same old idea, trying for the same old juice. Except recent events have killed the fantasy element. A couple of weeks ago CNN.com’s Lewis Beale noted that there’s something “profoundly irresponsible” about such a film being released in the wake of San Bernardino, Paris and Burkina Faso. “You have to wonder why a Hollywood studio would put out a film such as this one, which is practically guaranteed to ratchet up the paranoia factor,” Beale wrote. “It is, after all, hitting theaters at a time when fear of terrorist attacks is at an all-time high.” It’s pornography, all right. I would have a film as good as Clear and Present Danger again.

For whatever reason, Woody Allen‘s distribution relationship with Sony Pictures Classics, which began a few years ago, has been interrupted by Amazon Studios. All North American rights, including theatrical and streaming, to Allen’s latest film, an untitled 1930s romantic dramedy with Steve Carell, Jesse Eisenberg, Blake Lively, Jeannie Berlin, Parker Posey, Kristen Stewart, Corey Stoll and Ken Stott, has been acquired by Amazon. Amazon will open the film theatrically sometime this summer, followed by a streaming debut several weeks later. Amazon isn’t fooling around. They’ve also acquired Kenneth Lonergan‘s Oscar-bound Manchester-By-The-Sea during the recently-concluded Sundance Film Festival. “Like all beginning relationships, there is much hope, mutual affection, and genuine goodwill — the lawsuits come later,” Allen said in a statement. Allen is also writing and directing an untitled six-episode television series for Amazon starring himself, Elaine May and Miley Cyrus. It begins shooting next month.

I only saw 40 minutes worth of Deadpool last Tuesday, and since then I’ve managed to flush most of it out of my head. It’s a glib, porno-violent Daffy Duck cartoon that deserved a quick box-office death. Instead it’s become one of the most successful Marvel flicks ever released — $172 million and change since opening six days ago. And now over 35,000 ass-hats have signed a Change.org petition to urge Saturday Night Live producers to get Deadpool (i.e., Ryan Reynolds in costume) to host the show. The petition was started by Andrew Stege of Matteson, Illinois. Words fail.

Six months ago Toronto Film Festival critics mostly agreed that Lorene Scafaria‘s The Meddler (Sony Classics, 4.22) is an affecting, above-average mother-daughter relationship dramedy, and that Susan Sarandon gives an exceptional performance as an intrusive mom and that costars Rose Byrne (i.e., the daughter) and J.K. Simmons (the prospective boyfriend) hold their own. It recently screened for N.Y. media types, and I’m sure it’ll eventually be shown to the Los Angeles contingent.

What got my attention this morning was a Meddler synopsis in an email from Falco Ink, the N.Y.-based p.r. agency. Here’s how it reads: “With a new iPhone, an apartment near the Grove and a comfortable bank account left to her by her beloved late husband, Marnie Minervini (Sarandon) has happily relocated from New Jersey to Los Angeles to be near her daughter Lori (Byrne), a successful but still single screenwriter, and smother her with motherly love.”

The first part of the sentence is obviously seeking to describe an agreeable way for Minnie to start her new life here, and yet “an apartment near the Grove” is absolutely no one’s idea of a cool concept. No hip person, I mean. Okay, the area isn’t far from a mostly-Jewish, retirement-friendly neighborhood a couple of blocks to the north, but the Grove — a small-scale Orlando Disneyworld at the corner of Third Street and Fairfax Avenue, and yet ironically adjacent to the agreeably funky atmosphere of the Farmer’s Market — is one of the most depressing and oppressive environments in the entire city, and I’m including Skid Row in this assessment.

During last night’s MSNBC town hall discussion in Charleston, Donald Trump identified himself as a close political relative of Bernie Sanders. “I wanted to describe a candidate to you,” Mika Brzezinski said to Trump. “That candidate is considered a political outsider by all of the pundits. He’s tapping into the anger of voters, delivers a populist message. He believes everyone in the country should have healthcare [and] he advocates for hedge fund managers to pay higher taxes. He’s drawing thousands of people at his rallies and bringing in a lot of new voters into the political process. Who am I describing?”