Can’t Wait To Be Smothered By This

Disney’s decision to open Derek Cianfrance‘s The Light Between Oceans on September 2nd, or on the opening day of the 2016 Telluride Film Festival, speaks volumes. Cianfrance is a gifted and ambitious director, and it may be that Oceans will be seen down the road as a review-driven, adult-must-see — but if Disney had any faith in its award-season potential they would open it after Telluride/Toronto.

On top of which the motivation behind Alicia Vikander‘s Isabel character seems a bit daffy, as I explained in 1 12.21.15 riff.

Pic is an adaptation of M.L. Stedman‘s “The Light Between Oceans,” a 1920s period drama about Tom (Michael Fassbender), a World War I veteran and lighthouse keeper, and his wife Isabel who live on an isolated island off the west coast of Australia.

The inciting incident is the discovery of a dead man and a live baby in a boat that’s washed onto shore. Having suffered through two miscarriages and a stillbirth, Isabel decides that the baby is a “gift from God” (baby Moses found in the Nile reeds) and ignores her husband’s natural impulse to report the discovery. Reality eventually intrudes.

Who could identify with a woman so deluded or self-absorbed that she would believe she can keep an abandoned baby like a $20 bill found on the street? Who would raise a child on an isolated island without benefit of schools and the opportunity to develop social skills?

On top of which how did Rachel Weisz, an exotic-looking Jewish brunette, manage to have a blonde daughter who looks like she modelled for the Gerber’s baby food label?

I don’t even want to see this thing, despite Stedman’s 2012 book having been roundly praised. 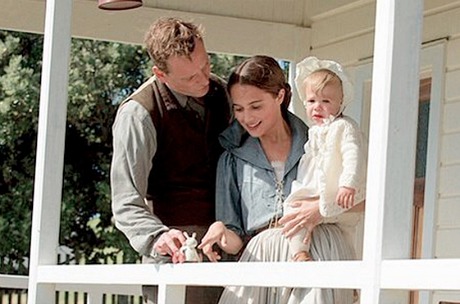 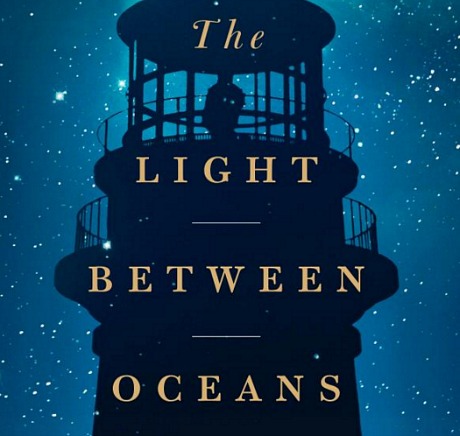 February 24, 2016by Jeffrey Wells11 Comments
« Previous post
Oliver SCOTUS
Next post »
Eddie Redmayne Must Be Proud To Have This Guy On His Team