Feel The Rock: Stallone Charms, Seduces Like A Champ

Tonight Sylvester Stallone turned it on — the charm, the self-deprecating humor, the older-guy perspective, the recollections — and the Santa Barbara Film Festival audience ate it right up. And so did I, frankly. It was a high. You could feel it all over. Sly’s 90-minute discussion with moderator Pete Hammond was largely focused on Rocky (’76) and Creed (’15), and that’s what everyone wanted to hear about anyway. It was an Elmer Gantry revival meeting, a gathering of the flock.

When Hammond suggested a brand-new Rambo film in which Stallone would wage war on ISIS, the crowd applauded heartily. And then Stallone gestured as if to say, “You like that idea? Okay, give it to me, yeah.”

Stallone was having a rough time with some of the film excerpts — “Stop it, you’re killing me,” he said as Hammond introduced another set — and I was personally disappointed that clips from First Blood, Judge Dredd and Demolition Man weren’t featured. But the vibe was like an extended family gathering. Everyone was happy; they even enjoyed his Rhinestone singing duet with Dolly Parton. Stallone is clearly no fan of that 1984 film — he even joined Hollywood Elsewhere in dismissing (the late) director Bob Clark. 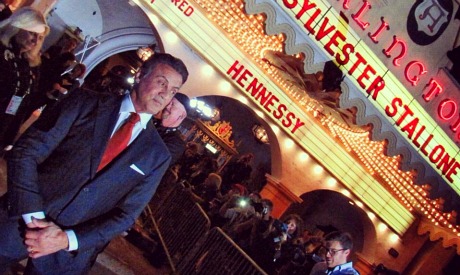 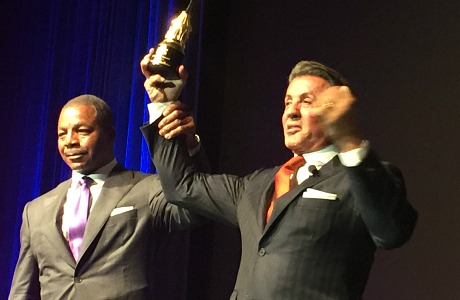 February 10, 2016by Jeffrey Wells37 Comments
« Previous post
What’s Wrong With “Bernie Sandwiches”?
Next post »
“The Expediter of Your Dreams, Pal”