Now that the Oscar race is more or less over and it’s just a waiting game between now and February 28th, I’m reviewing the award-season stories and reviews that I’m modestly proud of for…well, which may have exerted a small measure of influence upon the conversation. The slamdunk Best Picture assurance of Spotlight when it popped in Telluride, the heightening of interest among under-40 urban women in seeing The Revenant, the respectful downgradings of Bridge of Spies‘ Mark Rylance and Black Mass‘s Joel Edgerton, the realization that Eddie Redmayne‘s chances of winning a Best Actor Oscar for his The Danish Girl performance were toast, and the obvious surge of support for his costar, Alicia Vikander. 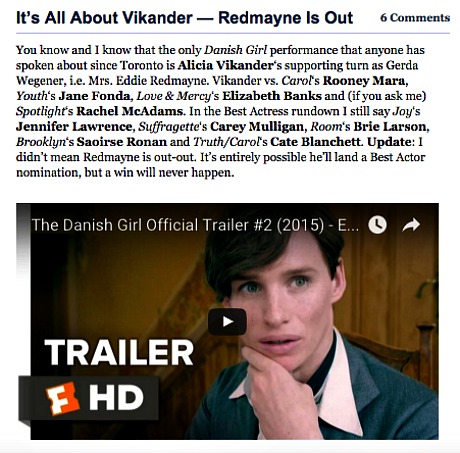 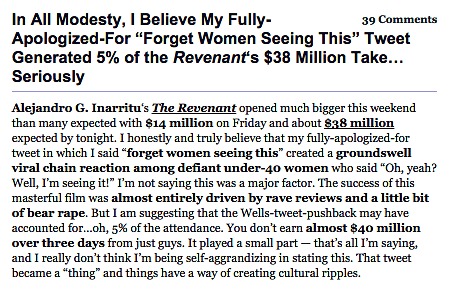 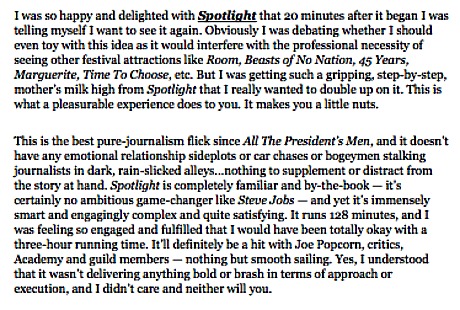 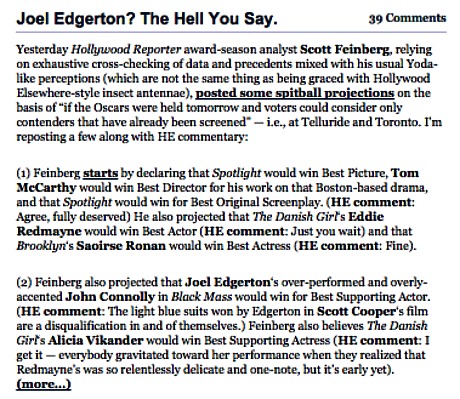 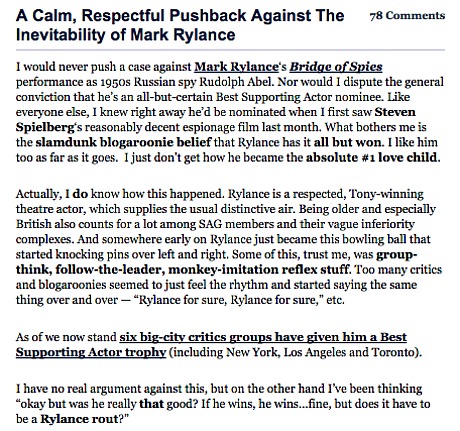 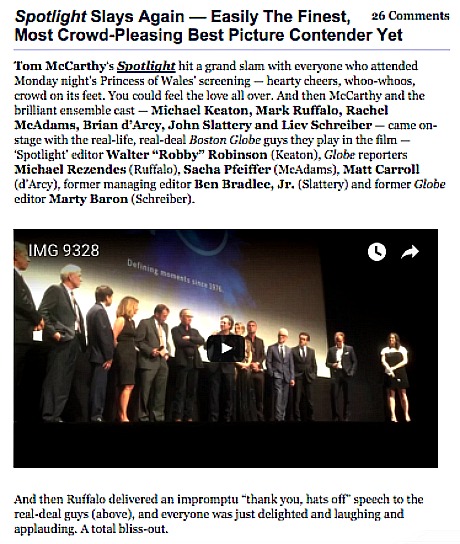