I Strangely Never Absorbed This Until This Morning

Roughly a year ago Film Fatale posted the following: “In the opening scene of Psycho, Marion Crane (Janet Leigh) is wearing a white bra because director Alfred Hitchcock wanted to show her as being ‘angelic’. After she has taken the money, the following scene has her in a black bra because now she has done something wrong and evil. Similarly, before she steals the money Marion has a white purse; after she’s stolen the money her purse is black.”

This isn’t anyone’s idea of a primal, earth-shaking observation, but the white-black thing never specifically penetrated before today, and all these years I thought I had Psycho sussed out six ways from Sunday. Incidentally: The $40,000 that Leigh steals in this 1960 film comes to $323,391.00 and change in today’s currency. (Martin Balsam‘s Arbogast: “Someone always sees a girl with $323,000 dollars.”) Also: That old vulgar codger who comes on to Leigh in that early workplace scene was exactly right — money really and truly does buy off unhappiness. Because the lack of a decent income always opens the floodgates to sorrows and miseries. 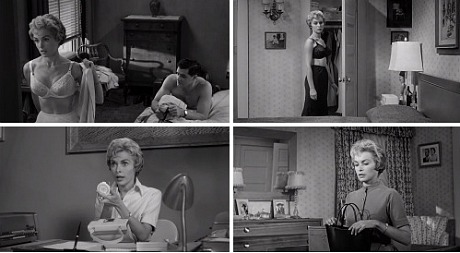 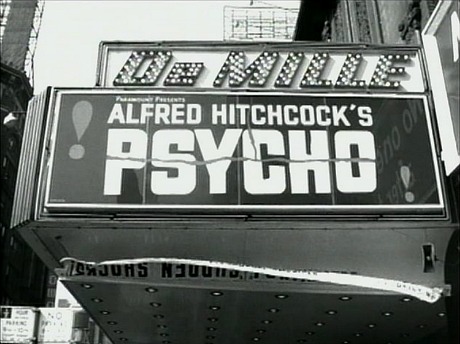 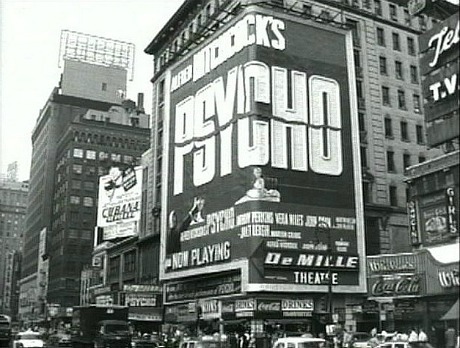