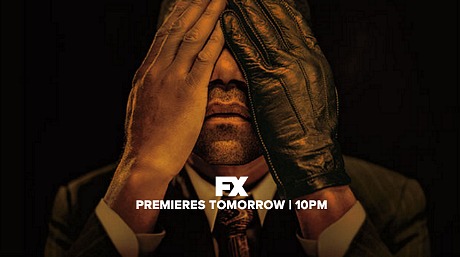 1. Ron Goldman’s boots were covered with blood, which DNA testing revealed to be a mixture of his and OJ’s.
2. OJ’s blood matches five drops on the walkway outside Nicole’s condo leading away from the crime scene.
3. Blood samples found in the Bronco match Ron and Nicole’s and OJ’s.
4. Drops of OJ’s blood were found in a trail leading up his driveway and into his foyer.
5. The blood on a sock in OJ’s bedroom matched both OJ and Nicole
6. Blood was found in shower and sink of OJ’s bathroom.
7. More than a dozen DNA tests link OJ to the crime scene.
8. Fibers found on the knit cap left at the crime scene and the bloody glove behind OJ’s house were unique to the 1993 and 1994 Ford Bronco. OJ’s was a 1994.
9. Hairs in the cap “exhibit the same microscopic characteristics” as those contained in a reference sample taken from OJ’s head.
10. The large number of hairs inside the cap suggest that OJ had worn it.
11. A hair closely resembling OJ’s was found on Goldman’s shirt.
12. A 12-inch hair with the same characteristics as those of Nicole Simpson was found on the bloody glove discovered at OJ’s estate.
13. Similar dark bluish-brown fibers theorized to have come from the killer’s clothing were found on Goldman’s shirt, OJ’s socks, and the bloody glove.
14. Kato testified that OJ was wearing a dark sweatsuit just a few hours before the murders.
15. Prints left at the murder scene were created by someone wearing expensive, size 12 Bruno Magli shoes. OJ wears size 12 shoes.


Why the Blood Evidence Was Not Tampered With:

1. Splatter on OJ’s socks showed more than two dozen blood drops.
2. None of the splatters soaked through from one side of the socks to the other, suggesting that they were being worn when the blood hit them.
3. The drops containing Nicole’s blood were found around the ankle areas, suggesting it was splashed on the socks at the crime scene.
4. The stains containing OJ’s blood were found higher on the leg and on the toe of one sock, suggesting he stained one sock when he returned home and pulled them off.
5. The stains also included a number of microscopically small flakes and spots too tiny to have been produced by tampering.
6. Witnesses testified they had not originally noticed the stains – not because they weren’t there until the LAPD planted them – but more likely because the socks are black and it is nearly impossible to see the stains with the naked eye.
7. Some DNA samples from the crime scene, glove, socks, and OJ’s estate were degraded while others were easily typed, suggesting they had been subjected to different degrees of exposure to the elements.
8. If the drops had been tampered with in the lab, they would have degraded at the same rate.
9. The blood was not just examined by the LAPD, but also by the Cellmark Diagnostics laboratory in Maryland and the California Department of Justice. They all came to the same conclusions.
10. Criminalist Henry Lee stated that investigators erred by putting Goldman’s boot into a bag while it was still wet, allowing the blood to smear.
11. He did not explain how OJ’s blood landed on Goldman’s boot.
12. An Aris Isotoner exec testified that the gloves at the crime scene are identical to those OJ is wearing in a 1991 photo.
There were only 200-240 of the gloves sold — all of them at a Bloomingdale’s in New York City.
13. Bloomingdale’s records show that Nicole purchased two pairs of gloves in December 1990 as a Christmas present for OJ.
14. A DNA test confirmed that blood found in OJ’s Bronco came from Goldman, whom OJ said he never met.
15. Kato testified that he saw blood in the foyer and driveway of OJ’s house the morning after the murders.
16. Even if blood samples degenerate, they do not change DNA characteristics.

February 1, 2016by Jeffrey Wells44 Comments
« Previous post
One Flaw In An Otherwise Gripping, Scalpel-Sharp Miniseries
Next post »
Is There Any Suspense in Today’s Iowa Voting?