It Took Intellect To Master Her Art 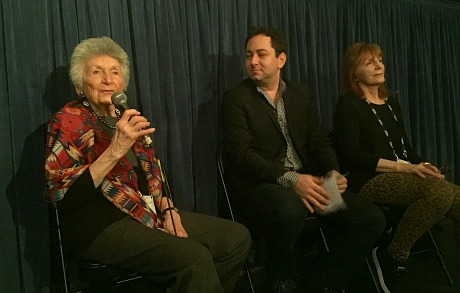 Today Nasatir is three months shy of 90, but is active and kicking and close, she says, to producing an adaptation of Huckleberry Finn. Most of us know Nasatir for The Real Geezers, the YouTube movie-review series she did with screenwriter Lorenzo Semple.

February 5, 2016by Jeffrey WellsNo Comments
« Previous post
Above-Average Disaster Thriller, Too Much Emotion, Irritating Hero
Next post »
Depp Does It His Way