Jodie Foster‘s Money Monster (Sony/TriStar, 5.13), a politically-themed hostage thriller that seems to sorta kinda resemble Costa Gavras‘ Mad City, will apparently screen at the 2016 Cannes Film Festival, according to trade reports. It will probably screen as a second-nighter on Thursday, 5.12 — the same day and almost the same hour as the U.S. commercial debut.

In other words, Money Monster might be okay or entertaining, but it’s probably nothing to throw your critical hat in the air about. Top-tier U.S. critics will have seen it before the festival begins, of course. The producers are simply looking to use Cannes to promote the European openings, which happen the same weekend. 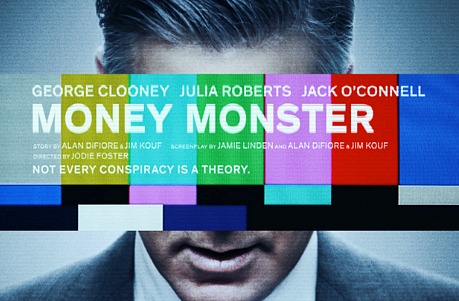 Cannes is the greatest international festival of all, of course, but I’m focusing on U.S.-produced films for the moment, and what serious Cannes-o-philes care most about in terms of potential U.S. entries are the big-bets — the possible award-season contenders that may not open until the fall. In other words, not films like Money Monster or any other “commercial”-sounding title set to open in May or June.

Martin Scorsese‘s Silence, a period drama about faith, devotion, religious persecution and torture, would be a big bet. Cannes critics, trust me, will find ways to praise or at least be kind to this thing one way or the other. What critic isn’t in thrall to Scorsese? I would be frankly stunned if it doesn’t appear on the Croisette two months hence.

Oliver Stone‘s Snowden (Open Road, 9.16) would be another, although it’s been kicked around so much release date-wise that I have my concerns, not to mention Open Road’s decision to open it during the Toronto Film Festival — never a good sign.

I’ve been nursing a left-field suspicion that Damien Chazelle‘s La-La Land (Summit, 12.16) might play Cannes…maybe. Because it’s screening again this weekend for L.A. research audiences (the second time over the last few weeks) and I just have this feeling that Summit execs believe they have something here. Plus Team La-La has every reason to expect critical support for what I’m told is basically an homage to old-fashioned movie musicals, but shot in a modern-day mode. If any group is going to “get” this movie, Cannes critics (most of whom are already favorably disposed towards Chazelle by way of being Whiplash fans) will.

And what about Kenneth Lonergan‘s Manchester By The Sea (Amazon/Roadside)? The domestic family drama is sure to build up an even greater head of steam by way of British and European critics, not to mention those U.S. critics who weren’t able to see it two months ago in Park City.  Then again the Roadside/Amazon guys may decide to hold it until Telluride/Toronto. Who knows?

I wouldn’t call Woody Allen’s 1930s period comedy, which Amazon will be opening sometime in the summer, a “big bet”, but Allen is a Cannes regular so it wouldn’t be surprising if it turns up.

Speaking of regulars, Nicholas Winding Refn‘s The Neon Demon, which Amazon will be releasing sometime later this year, feels like an even-money bet to appear.

How about Juan Antonio Bayona‘s A Monster Calls, which Focus Features is releasing on 10.14.16? Probably not, right? Telluride/Toronto is more likely.

Last week Showbiz411‘s Roger Friedman wrote that Warren Beatty‘s still-untitled Howard Hughes flick is “on top of the of desired entries.” Pic finished principal photography in the summer of ’14, but Beatty has always been a super-meticulous, extra-cautious kind of guy. (To put it mildly.) About six months before the 2015 Cannes Film Festival I asked a seasoned critic friend whether he thought it was possible that Beatty might bring his film to that May 2015 gathering, and here’s part of what he said:

“From what I’m told, Warren’s film is more likely to come out in May 2016 than 2015. And don’t count on Cannes or any other festival, as he’s never gone that route and remains unlikely to do so. No matter how hard Thierry Fremaux pushes, it’s completely out of the question for the simple reason that Warren would never sit there with an audience watching his film under those circumstances — he’d completely freak out (although I supposed he could take the Terrence Malick route and just not show up).”

Foreign-language titles might/could/should include Asghar Farhadi‘s The Salesman (Sahahab Hosseini, Taraneh Alidoosti), Pedro Almodovar‘s Julieta (set to open in Span next month to maybe not — the life of the titular woman, told between two time periods, 2015 and 1985), Cristian Mungiu‘s Family Photos and you tell me what else.